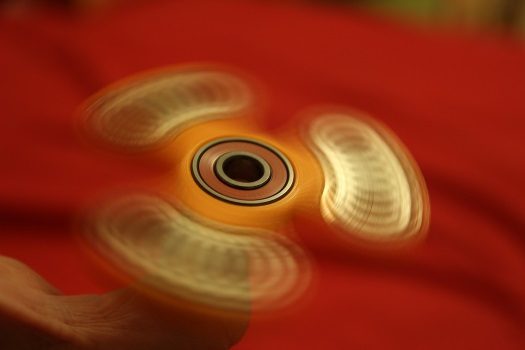 What lesson can be derived from the fact that Parshas Nasso is read right after Shavuos? How does this relate to the modern gadgets available on the market now? Are Jews better off with all the time-occupying routines we have? Rabbi Avrohom Brashevitzky, Shliach to Doral, FL, shares his thoughts on this week’s Parsha – Nasso.

As we conclude Chag Hashavuos the festival celebrating the receiving of The Torah, we immediately go in to Shabbaos Parshas Nasso. This Shabbos is connected to Shavuos, not only by virtue of being the Shabbos that completes this week. Moreover, Isru Chag is indeed Erev Shabbos. Thus, there’s an immediate and powerful message delivered through this Parsha, one which takes on even greater importance – now, as we have just received the Torah. In fact it is a message so fundamental to a Torah observant Jew, that there’s no better time to convey it than now; as we set out to implement and practice our recommitment to the Torah and it’s values.

Parshas Nasso is the longest Parsha in The Torah. It counts the most verses than any other Parsha. The bulk of the added Pesukim are the repeated accounts of the Karbanos Han’si’im. The Torah lists the entire regime of inaugural sacrifices which were offered by the 12 Tribal leaders on behalf of their respective tribes. The Torah repeats the very same details, twelve times. Instead of listing the details once and listing the leaders in the order in which they brought the offerings, The Torah repeats the very same details over and over and over. Why? Of what value is it for us to repeat the details again and again? Isn’t The Torah always so careful and exact with its words? In fact we find so many times how the sages extracted or inferred entire concepts from just an extra word (or even letter) which could have been avoided.

The Rebbe explains that the Torah is trying to teach us a very powerful message: Every single deed, each and every Mitzva, has a meaning and a purpose. Even those Mitzvos which seem to be repeated over and over again, thus loosing perhaps the effect of their importance – are indeed crucial and noteworthy. A Jew goes through the same routine more or less, each and every day; the same Modeh Ani, Neggel Vasser, Birchos Hashachar etc are repeated every day. The same act of Tefillin and the like are performed on a daily basis. These could Chas V’shalom lose their importance, when viewed from a purely human perspective. The Torah is encouraging us to realize that every single act, every detail, even those performed repeatedly – are indeed important and valuable, just as those (seemingly) unique or once – a – year Mitzvos!

This brings me to something I experienced this Erev Shavuos. I went to of my study partners who distributes to small electronic stores. The entire place was full of the latest craze; all kinds of Fidget Spinners. He shared with me that he is moving thousands of these per day! They are so popular and in the demand that he can’t move them fast enough. He has all kinds, from the cheap plastic ones which retails for around $10 to the expensive ones which people are ready to drop over $50 for. Then I saw it. Something even more new (and Meshugge!) –  A Fidget Cube. I picked it up and found that it has all kinds of gadgets. A switch, a small pad of dial buttons, a spinning ball and more.

Impulsively I looked for the Fisher Price logo, but I didn’t find one. Turns out, these were not designed for little kids, rather for (so called) adults! This is the new wave. Now adults have a way to fill their precious time. Now the world has advanced to something amazing: whereas till now they had to convene unique adults and professionals to develop toys which would interest and excite little children. Now the world has advanced to such a great height:  now we can gather some curious little children and have them come up with ideas for adult toys! They can help us design gadgets which will enhance and occupy the lives of the adults! What amazing advancement!

Boruch Hashem we (“old fashioned people”) don’t need to look for ways to occupy our precious time. The more Hashem provides us with new technologies which help free up time and make this precious commodity more available to us – the more time we have for Torah and Mitzvos; something meaningful and impactive. The life of a typical Yid is chock full of meaningful routine and requirements. There’s no need to thank Hashem for His gift of extra time, with a Fidget Spinner.

Anyway, as I look in to the future, should I expect to walk in to some high level executive’s office and find an expensive version of the Fisher Price farm toy – the one which has the various types of buttons / levers which when triggered a chicken or cow-head pops up?!