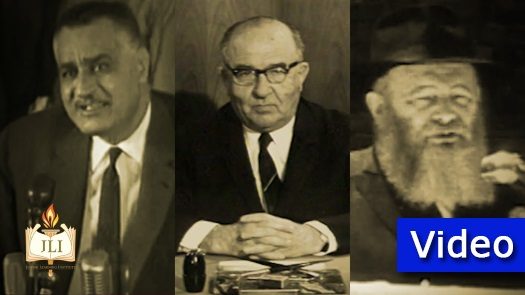 JLI’s newest course, Survival of a Nation, celebrates the 50th anniversary of the miraculous Israeli victory in the Six-Day War. As part of the course, JLI created a video, “One Day, Three Speeches,” that tells the story of the Rebbe’s prophetic assurances of victory on the eve of the war.

This video was produced for Lesson 5 of Survival of a Nation, a course by the Rohr Jewish Learning Institute.