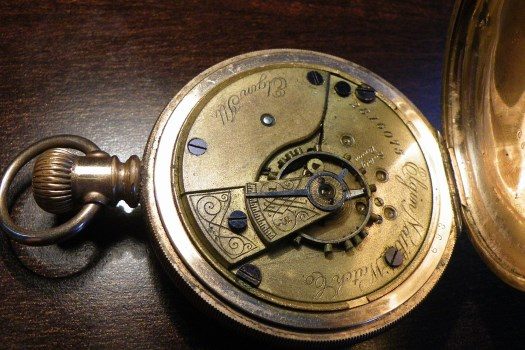 Today, in honor of his new year, we begin to say kapital 34.

A Solution for His Health Issues

Already as a young child the Maharash suffered from various ailments, including an extremely slow metabolism.[1] His parents were extremely careful with what he was given to eat, as he was gaining far above the average weight.

When he was five or six years old, the doctors observed that the blood in his fingers wasn’t circulating properly. They feared that without proper intervention, his situation would deteriorate and possibly develop into a more serious issue (such as blood clotting). If this would take place, they would have to consider amputating some of his fingers, rachamana litzlan. So they informed the Tzemach Tzedek and his Rebbetzin that is was crucial for the boy to do finger exercises a few times a day, with each session lasting a considerable length of time.

Although his parents realized the importance of this therapy, they also understood that to convince any child to open and close his hands over and over again for long periods of time would be quite challenging. The obesity of their son’s fingers would make it especially difficult and sometimes even painful for him to do these crucial exercises. Instead they sought a different solution, one that would encourage their young son to move and activate his fingers on his own. This way he would be motivated to do the exercises voluntarily and happily, without them needing to remind and push him.

Shortly afterwards, they presented young Shmuel with a carving knife, and they challenged him to demonstrate what he could do with it. This would prove beneficial, because in order to carve or whittle away at a piece of wood, the wood and knife must be held firmly in both hands, and the fingers must remain in a fully curved position for extended periods of time.

The Maharash responded to the challenge enthusiastically, eager to show his parents his talents and creativity. A short time later he presented them with the first of his many handcrafted artifacts. The doctors were thrilled with this outcome. The child was willingly pushing himself to increase the agility of his fingers. This caused his circulatory system to improve at a much faster pace than if he would have simply followed their regimen of exercises, and in fact it allowed him to regain excellent sensation in his fingers.

The Maharash was a cheerful and jovial child, and he could regularly be seen working on one of his latest projects, many of which he would show to his father’s chassidim.

Once, a certain chossid arrived in Lubavitch with an elegant pocket knife, then considered a tool exclusively used by experienced craftsmen. In the presence of some of his fellow chassidim, he summoned the Maharash and said: “Shmulik, I will give you this knife if you can tell me where Hashem is.”[2]

Taking out his own knife, the Maharash replied: “And I will give you my knife if you will tell me where He isn’t! [I.e., there is no place where He is not to be found!]”

The chassidim were stunned at his quick and decisive response. “The Rebbe’s son has definitely provided a satisfactory answer. He has won the challenge and deserves the prize!” they declared, and the chossid proceeded to present him with the valuable knife.

Over the years, the Maharash developed and perfected his expertise, becoming an extremely accomplished craftsman. Among the things he personally fashioned was a six-foot-tall candelabra sporting twelve lights. The round table presently in the Rebbe’s room is also one of his creations.[3] Additionally, he formed mosaics out of stone.

The nature of the Maharash was to strive to do more than what was expected of him. So after having mastered woodworking and greatly increasing the agility of his still somewhat pudgy fingers, he began doing other activities that required an advanced level of skill and dexterity. As a youngster, when he would finish his schoolwork before his classmates, he would sometimes take apart the inside of his watch and then put it back together again. These minute pieces are typically only grasped with the assistance of special tools, but the Maharash would manipulate them expertly with his fingers.[4]

While developing this hobby alleviated the concern involving the circulation of the blood in his fingers, it did not address the underlying problem — his rapid weight gain.[5] To deal with this issue, the Maharash was put on a special diet, eating what in those days was considered healthier food. So while almost everyone in that part of Russia used barley flour with bran to bake their challah and bread, his bread would be made with white wheat flour. White bread was uncommon in White Russia and was only prepared if a customer placed a special request, giving it the status of an expensive luxury. Nevertheless, due to the Maharash’s poor health, this was the type of bread he would be given to eat, both at home and for his lunch at cheder.

But whether he actually ate the bread was another story. Noticing the envious looks of his classmates, he would regularly exchange his sandwich with that of another boy from a poor family.

This behavior continued for a while, until his mother found out what was really happening with the sandwiches she was preparing for him every day.

“Do you know why I prepare such bread particularly for you, while I use barley flour for the rest of the family?” she asked.

“So why do you give your bread to another child on a daily basis?”

“Mother!” he replied. “When I grow up and become Rebbe, how can I demand [self-sacrifice] from the chassidim if I don’t demand [it] from myself now?!”

After hearing her son’s explanation, the Rebbetzin began preparing two sandwiches for him each day: one to utilize as before (to exchange it or give it away), and the second for him to eat.[6]

Later on in life he also mastered the art of safrus, and at the wedding of each of his sons he presented the chosson with a Megillas Esther written especially for him.[7] Based on the design of these megillos, the Lubavitch custom is that the ten sons of Haman do not fill a complete column (by being written with oversized letters); rather, they are written in normal script and only occupy the top ten lines of the column.[8]

Additionally, the Rebbe Maharash knew how to shecht[9] and perform brissim.[10]

Rabbi Avtzon is a veteran mechanech and organizes the auction on behalf of his fellow melamdim of the United Lubavitch Yeshiva – Ocean Parkway. The auction is taking place this Sunday in Beis Rivkah Lefferts and you can purchase tickets at  ulyauction.com. He can be reached at avtzonbooks@gmail.com

[1] Author’s note: I was told by medical professionals that this implies he had a thyroid condition, which can cause various problems (in addition to poor metabolism).

[2] Author’s note: Perhaps he initiated this challenge because he knew how important carving wood was for the Maharash’s health.

[3] The table was given to the Rebbe in 5707 (1947), when he went to Paris to bring his mother Rebbetzin Chana to the United States. It was given to him by a granddaughter of the Rebbe Maharash who lived in France.

[4] I heard in the name of chassidim, that after his marriage one of the appliances in his home wasn’t working, and he fixed it for the Rebbetzin.

[5] Author’s note: Additionally, according to what I have heard from medical professionals, his poor metabolism may have been the result of a severe case of diabetes.

[7] Sefer HaToldos of the Rebbe Maharash, p. 21. In the Hebrew original the word banim is used, which means sons. However, it is often used to mean children, in which case it would include his daughters as well.

There it notes that he gave it to them, I read someplace else that it was at their wedding.

Author’s note: This would seem to imply that he wrote each megillah in proximity to the child’s marriage. However, it is noted in a sichah that the Rebbe Maharash once said (when he was around the age of forty): “It has been twenty years since I last wrote STa”M [Sifrei Torah, tefillin, and mezuzos].” This leads us to posit that he wrote numerous megillos before the age of twenty, when most of his children were not yet born, and he gave them to his children at the appropriate times.

[8] Another Lubavitcher custom based on the format of these megillos is that the first word of each column doesn’t necessarily begin with the word hamelech.

[9] Although the Rebbe Maharash, was extremely proficient in shechitah, when he would travel he would take a shochet along with him.

[10] It is unknown how many brissim he did, but we do know that he served as the mohel at the bris of his son the Rashab.