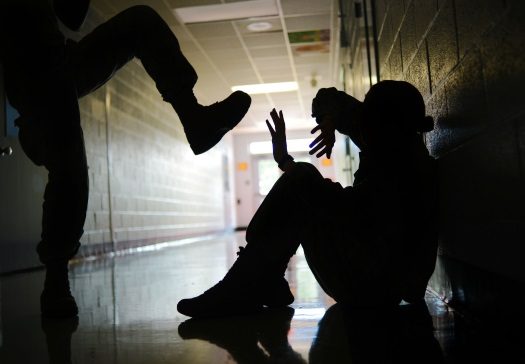 Weekly Story: The Rebbe Put a Stop to the Bullying

The United Lubavitcher Yeshiva, when it was on Bedford and Dean and then when it moved to Ocean Parkway, always accepted children that were not from Lubavitch families. Some of the students continued in the system, others did not. The following happened in the school year of 1974-5.

There was a family who lived in Crown Heights and attended the Lubavitch Yeshiva on Ocean Parkway. For some reason he was picked on by his classmates as well as by other boys. After a while he informed his mother that he had enough of the bullying and was no longer interested in continuing going to that school.

As any parent would do, she immediately called the Yeshiva, spoke to the teacher, principal and to whomever she was able to contact and pleaded with them that they bring an end to her son’s suffering. Although the other boys were spoken to, admonished and some penalized, the boy told his mother, it is continuing.

The mother than wrote a letter to the Rebbe informing him of the situation, and the Rebbe instructed his chief secretary, Rabbi Mordichai Issac Hodakov to call the school in his name and instruct the administration to address the issue once and for all.

One can understand that after receiving this phone call a meeting took place and protocols were implemented to make sure that the boy and other boys are not targeted by others. Simply put it was let known that there will be a no tolerance policy when it comes to bullying.

However, some of the boys were good at what they did and continued doing it covertly. Obviously no one dared to make fun of him, but the seats on the bus were reserved for their friend or no one would sit on the same bus seat with him or he would be chosen on the team but the ball was not being passed to him and similar ways, to make him feel extremely uncomfortable.

The boy felt this wall of silence and it bothered him, so he informed his mother, that while the offensive and perhaps biting remarks have completely ceased, the feeling of hurt continues.

She duly wrote to the Rebbe, apprising him of this situation and the reality, as her son sees it.

That day, there was another phone call from Rabbi Hodakov. He stated, “The Rebbe would like to know, if the situation can be addressed immediately and completely, or if he has to stop whatever he is doing and come to the Yeshiva to address it personally?”

Hearing these words the administration replied it will take care of it immediately. The principal went to the class and gave over the message he had just received and asked the boys, what is he supposed to reply to the Rebbe, as the Rebbe is waiting for their answer. One can understand that the problem was resolved.

However, a few weeks later, the Rebbe received another letter from the mother of this boy. She thanked the Rebbe for giving her son peace and happiness as more than a few boys make sure to talk, learn and play with him, while they are in school and out of it as well. However, now she has another concern; her son’s Bar Mitzvah is on Shabbos the 9th of Kislev and the Rebbe always farbrengs on that day, as it is both the birthday and yahrzeit of the Mitteler Rebbe (the second Rebbe of Chabad-Lubavitch, Rabbi DovBer, and in fact one year the Rebbe recited three maamorim on that day), so she is concerned that all of her son’s classmates as well as her neighbors and friends that she invited are going to skip the Bar mitzvah in order to be present and hear the Rebbe’s farbrengen.

Obviously none of them are missing the Bar Mitzvah with the intention to hurt her son, but never-the-less, he will be hurt, if almost no-one shows up.

So on that Tes Kislev Shabbos, to everyone’s surprise there was no farbrengen. Only later was it knwn that the reason was in order that the invited guests and classmates participate in the boy’s Bar Mitzvah and he feels happy.

Rabbi Avtzon is a veteran mechanech in the United Lubavitch Yeshiva, and asks all the readers to please help the Yeshiva by participating in their annual auction at www.ulyauction.com  He can be contacted at avtzonbooks@gmail.com.