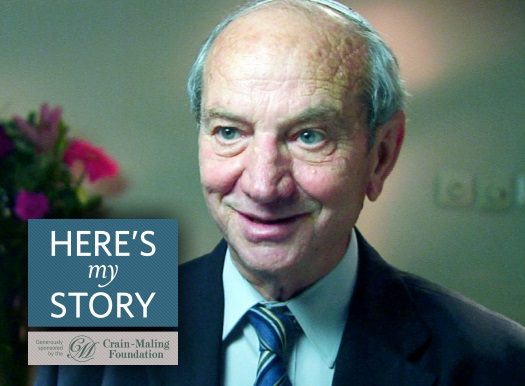 Mr. Eliezer Shefer serves as the chairman of World Organization of Orthodox Communities and Synagogues in Israel and the Diaspora. He, Shaul Shiff and Aryeh Han, were interviewed by JEM’s My Encounter with the Rebbe project in March of 2010.

In 1971, my friend Aryeh Han and I were serving as emissaries on behalf of the Jewish Agency for Israel, working on college campuses across North America. During that summer, a close friend of ours named Shaul Shiff, a journalist for the Hatzofe newspaper, came to visit us. He was trying to strengthen religious representation in WZO (the World Zionist Organization) and, to that end, he organized a meeting with the Lubavitcher Rebbe; he wanted to convince the Rebbe to instruct his chasidim to join WZO, thus adding thousands of religious voters.

He invited us to accompany him to this meeting, and so, late one night, we found ourselves at 770 Eastern Parkway, the Chabad Headquarters. After being instructed to keep the visit short, we entered the Rebbe’s study. I was immediately impressed by the Rebbe’s stature, and I felt a sense of awe in his presence. The Rebbe greeted us with a beaming smile and shook our hands before inviting us to sit down.

After we took our seats, Shaul pulled out a small note listing requests for blessings, which he handed to the Rebbe. The Rebbe looked at the note and said, “I believe I have received a letter from you in the past.”

Shaul, however, had absolutely no recollection of ever writing to the Rebbe, which created a bit of an awkward situation — the Rebbe insisting that he received a letter from him and a baffled Shaul insisting he never sent one. The Rebbe then smiled and said, “You will probably remember.”

Suddenly Shaul’s face lit up and he exclaimed, “Yes! Many years ago, a member of the Knesset by the name of Yitzchak Rafael asked me to write to you on his behalf, as I already had connections with Chabad.”

Later Shaul told us that he hadn’t even signed his own name to that letter. He was shocked that the Rebbe was able to recognize his handwriting even though many years had passed during which the Rebbe must have received thousands of other letters.

After that was cleared up, we began discussing the reason why Shaul had come to see the Rebbe — his idea to bring Chabad chasidim into the WZO to influence the voting. But when the Rebbe heard him out, he politely declined, saying that Chabad is a religious organization and not a political one, and therefore it would not be appropriate for it to get involved in any such issue. At the same time he praised what Shaul was doing and also encouraged our work in the Jewish Agency, saying that it was important to focus on Jewish youth who were not observant and bring them closer to Torah.

We then began discussing the relationship between the religious and secular communities in Israel, which was in a state of crisis. There were violent clashes taking place in Jerusalem because of acts of Shabbat desecration in religious neighborhoods. One could see how much the fighting between fellow Jews pained the Rebbe. He felt that more must be done to strengthen Shabbat observance, but the fact that violence was being used bothered the Rebbe greatly.

The Rebbe, however, didn’t only express dissatisfaction, he also provided solutions. One of the problems was that the municipal government needed a certain street to remain open so that ambulances would be able to access the neighboring hospital.

So the Rebbe mentioned the name of a certain one-way side-street in the area and suggested that, if ambulances would be allowed to go through there in both directions, it wouldn’t cause any disturbances on Shabbat. In fact, the Rebbe described the precise route, naming exact streets which could be used to by-pass the religious neighborhood; this route wouldn’t take any longer than using the street the government said needed to stay open.

I remember that the three of us were sitting there stunned by the Rebbe’s knowledge of the backstreets of Jerusalem. I don’t recall the exact street names today, but I do recall there was a way to avoid the Kikar HaShabbat area by taking this small one-way street in the opposite direction.

It was as though we were talking to the city’s transportation engineer. A major clash was taking place between groups of Jews, and the Rebbe was deeply disturbed by it. But his suggestion was so simple. Just adjust the traffic flow on this little one-way street, and that could diffuse the entire situation!

When I returned to Israel, I went to see with my own eyes the route that the Rebbe mapped out — and, of course, it was the perfect solution. Until today whenever I pass by those streets I think of the greatness of someone sitting on the other side of the world pained by the situation in Israel and finding a practical solution to the problem.

Another issue which we discussed was the proposal to give away the territories of Judea and Samaria, which had been liberated only a few years prior. Also with regard to this, the Rebbe spelled out a very clear line of reasoning against giving away the land. His reasons were based on Jewish law, but he also spoke with a deep understanding of the country’s needs.

This continued for over two hours. Although we were young and only beginning our communal work, we felt as though the Rebbe was setting us on a lifelong path of helping the Jewish people. He tried to explain these issues to us as a father would to his son and, indeed, we each set out on our own path with the Rebbe’s advice guiding us along the way. We left the room in the wee hours of the morning exhausted and inspired. Yet the Rebbe looked as awake and alert as he did when our meeting began.