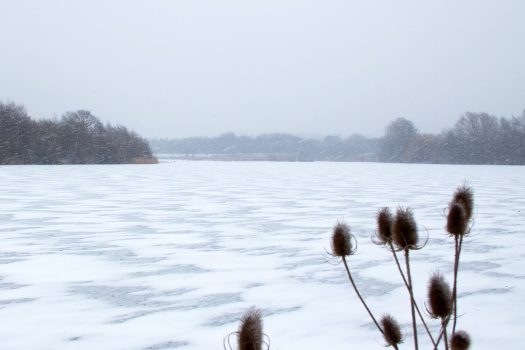 Once the Baal Shem Tov allowed his talmidim (disciples), to travel with him. On the way they noticed a group of gentiles carving a cross in the frozen ice. Turning to their Rebbe they inquired; “Rebbe you have taught us that everything a Jew sees or hears, he is supposed to learn from it, in his or her service to the Creator. What lesson can we learn from this?  Are we to consider ourselves as sinners, as one who serves Idols G-d forbid?!!!

The Baal Shem Tov looked at his students and explained;” You have just witnessed the steps to Idol worship. This lake was flowing water, it was vibrant and the waves stormed the shores with gusto. Then it became cold and indeed frozen, until the point that these gentiles carved an image of their G-d into it and bowed down to it.

“The lesson of this is simple; A Jew is vibrant. He learns Hashem’s Torah and fulfills His commandments with excitement and alacrity. Yet sometimes he gets cooled off, as he says, it is enough that I do the mitzvos and learn Torah. Why do I have to do it with happiness or vibrancy?  Or if you witness a miracle why are you so surprised or excited about it, you know that Hashem created the world, so obviously He can do a miracle, or give His faithful servants that ability. This isn’t the first miracle you heard about, so why are acting as if it is such a tremendous phenomenon?!

“You should know,” concluded the Baal Shem Tov, “this coolness or indifference to anything of holiness, is the root of all evil and it can eventually bring one to even serve Idols rachmana litzlan (G-d forbid). And where does it all start from, from a simple , “So what?”

I chose this story, as this week is parshas Zochor.

Amalek attacked us on the way of our exodus from Mitzrayim. The possuk uses the word asher korcha baderech. The simple translation is that they attacked you on the way. However, in Chassidus it is explains that korcha has the root word of kar which means cool off. In other words, the way they tried to attack the Jewish people is by taking away our enthusiasm in the fulfillment of a mitzvah.

So as we celebrate Purim and erase the memory of Amelek, let us make sure that the happiness remains with us throughout the year in the fulfillment of all mitzvos, as the mitzvah of remembering what Amalek did and erasing its memory is a one of the six things that we are commanded to remember every day .

Rabbi Sholom Avtzon is a veteran mechanech in the United Lubavitch Yeshiva Ocean parkway, the author of numerous books and is available to farbreng in your community. He can be contacted at avtzonbooks@gmail.com.