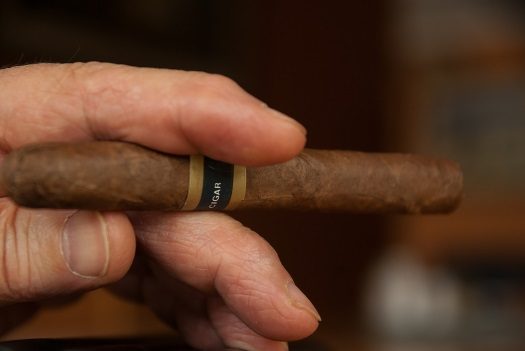 A  Chossid who was going on an extended business trip decided that before he embarks on this journey, he should go to his Rebbe and ask for a brocha (blessing) that he should be successful and return home safely. Acting upon that decision, he went to his Rebbe, one of the Ger Rebbes in Poland.

The chossid readily gave the Rebbe all of these details and to his happiness the Rebbe fulfilled his request and blessed him, both in success as well as having a completely safe trip. But then to the chossid’s surprise the Rebbe said, “When you are in Paris [his first stop], if you can please do me a favor and go into a smoke shop and purchase for me a cigar.”

Arriving in Paris, while his meetings there were crowned with tremendous success, they took much longer than he anticipated, and the few days that he was there were jam packed. Indeed he was occupied from morning to night, or as we commonly say, he didn’t have a minute for himself.

He continued from city to city and yes this was his most successful trip, necessitating that he even extends it by a few days.  He finally arrived in London, which was his final destination and took care of his business there.

As he concluded the final meeting and deal, he happily thought about his imminent return to his family. Then it suddenly dawned upon him, I didn’t buy a cigar for the Rebbe. Initially this bothered him greatly, how could you have forgotten the Rebbe’s request, especially as you see that the trip was crowned with success, as he blessed you. Don’t you have any decency  in reciprocating your appreciation. The Rebbe asked you to buy him a cigar in Paris and you completely forgot about it. How could you have done it?

But then he calmed himself and said, the Rebbe wants a cigar. I am positive that in London I can purchase an extremely fine cigar, as fine as those in Paris. Saying that he immediately went to a smoke shop and requested one of their best cigars, explaining he wishes to give it to a dear friend as a present.

The proprietor readily opened a box with his most expensive cigars and allowed the chossid to choose.  The high cost was no object to the chossid, as it was his honor and desire to buy a present for the Rebbe.

Returning to Poland, he went to his Rebbe and happily presented his gift to the Rebbe.

The Rebbe picked up the cigar, held it for a moment and then said, “Was this purchased in Paris, as I requested?”

The chossid would never have lied to anyone and particularly to his Rebbe, especially as it was clear that the Rebbe sensed the truth, so he replied, No, I was so occupied that it slipped my mind. However, this one is as good as anyone I would have bought there.  What is the difference if it was purchased in Paris or London?

The Rebbe replied, do you think I need a cigar? Am I a cigar smoker? No! So why did I request it from you? In order that you should constantly think about me in every place you will be and then you would conduct yourself in the manner befitting a chossid.

However, when you only remember me as you are about to return, so who knows what else you forgot about?

So now that the kinusim and C Teens are behind us and many shluchim may not be coming back to New York for a while, we must remember that wherever we are, we must maintain our connection and hiskashrus to the Rebbe, and may we speedily merit the ultimate redemption with the coming of Moshiach tzidkeinu, speedily in our days.

Rabbi Avtzon is a veteran mechanech in the United Lubavitch Yeshiva Ocean Parkway, author of numerous books and sought after farbrener. Can be contacted at avtzonbooks@gmail.com.