« First Yahrtzeit of Rabbi Josh Gordon to Be Marked
Weekly Story: If the Rebbe Said So, It Is So » 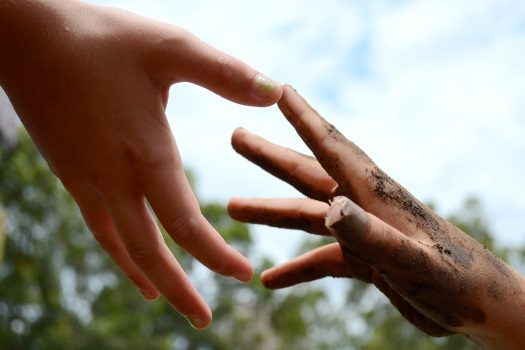 “… Azov Ta’azov Immo” “You shall surely help along with him.”

The Torah instructs us to assist a fellow Yid, even in a situation which has neither impact nor connection to us. A Yid most always look out for the welfare of a fellow Jew and do whatever possible to assist and to lighten the other person’s load.  Yes, it is our responsibility; “our problem” when another Yid has it hard. Boruch Hashem, in today’s way of life we are not bound to encounter a fellow Yid’s donkey collapsed in middle of the street. It’s more likely that the opportunity to fulfill this Mitzvah will occasionally occur in the form of helping someone carry their groceries to their car and/or holding the door for someone.

This all pertains to strangers, albeit Jewish, but not people in our inner circle. How about those who are close to us? What is one’s attitude to be towards their employee in light of this Mitzvah? The following are several short stories which give us a healthy perspective and the true spirit of this Mitzvah.

Reb Mendel Notick who helped out in The Rebbe’s home, was responsible for many chores. Typically he would be the one who brought in the various food deliveries. One day the fruit and vegetable order was mistakenly delivered to the front of the house, instead of its usual drop place at the back door near the kitchen. As a result, no one was aware that the order had actually been delivered. That night when The Rebbe arrived home, he walked in to the house carrying the large box of fruits and vegetables. Upon seeing this The Rebbetzin said to The Rebbe: “why do you need to Schlepp, Notick (in The Rebbe’s home he went by his last name, for obvious reasons) is still here”.

The Rebbe responded: “Notick is also a Yid…!”

Rabbi Levi Yitzchak of Bardichev became aware of the strenuous work which the young women who worked in the Matza bakery were made to do, namely that they were made to work from early morning till late evening in difficult working conditions. He took upon himself to intervene in their behalf. He got up in his Shul and shouted the following: “The Anti-Semites accuse us Jews of putting Christian blood in our Pesach Matzos. This is an absolute lie! We do not knead our dough with Christian blood; we do however use blood, that is the blood of the young Jewish Women who out of desperation go to work in the bakeries to help prepare our Matzos…”

A similar story happened with The Rebbe. A certain Chosid who owned a printing press in which many Seforim were printed was known to be a little hard on his employees. He demanded a lot from them. The Rebbe once remarked to him “you need to “Drik” (press – print) Seforim, not people”. In Yiddish the same word for printing (lit. press as in printing press) can be used to mean oppress.

Sadly, there people who are genuine Ba’alei Tzedakah and Chesed. However, when it comes to their own employees, they may sometimes not be as kind and generous as their reputation would suggest… Before one considers giving to this or that Moisad, perhaps it would be a good idea to investigate and examine the situation of his employees, the people who rely exclusively on his decency and generosity for their Parnossa – to feed their families.

« First Yahrtzeit of Rabbi Josh Gordon to Be Marked
Weekly Story: If the Rebbe Said So, It Is So »