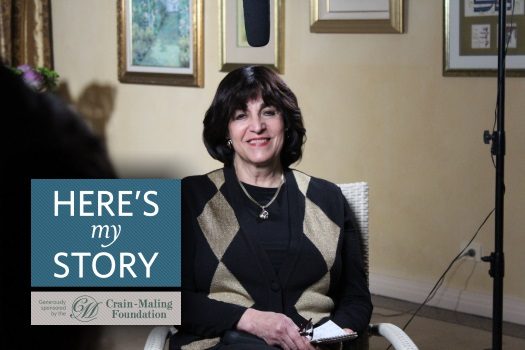 Mrs. Riva Cohen and her husband, Rabbi Binyomin Cohen, have served as Chabad emissaries in Melbourne, Australia, since 1974. Mrs. Cohen presently teaches at the Adass Israel Girls School and is the coordinator of religious instruction for the United Jewish Education Board in Melbourne, where she was interviewed by JEM’s My Encounter with the Rebbe project in July of 2016.

From the time I reached marriageable age, I’d been seriously searching for the right match. Although I grew up in a strong Lubavitch family and was educated in religious schools – in a Bais Yaakov High School and Seminary – I had also pursued a university education, and I wasn’t sure that the right shidduch for me would be found in Chabad yeshivah circles. Of course, I wanted a husband who was a Torah scholar, but who also had a broad knowledge of the world.

My grandmother used to tease me, “What do you want – a rabbi, a doctor, and a lawyer rolled into one? He hasn’t been born yet!”

I went out on dates that initially looked promising, but I wasn’t sure if any of the suggested prospects were really right for me. These failures were filling me with anxiety, so at a personal audience with the Rebbe, I voiced my concerns. The Rebbe’s response reassured me: “Ihr zolt mir nit fargssen einladen tzu der chassunah – “You shouldn’t forget to invite me to the wedding.” I understood him to mean that it was going to happen soon.

One day my brother, who was studying at the Chabad yeshivah in 770 Eastern Parkway, came home and said, “There’s a new student – a young man from England who is very learned and who also has a good English education. Would you like to meet him?” I agreed, and my father went to speak with this young man’s spiritual mentor, Rabbi Mendel Futerfas. However, Rabbi Futerfas informed him that the young man in question was not dating as yet since, for the time being, he was committed to Torah learning. In any case, there was already a queue of families interested in him. My father answered jokingly, “Well then, we will join the queue.”

About a year later, a friend of mine, Gitty Fisher, called me up. “If you are not dating anyone,” she said, “I would like to recommend a shidduch for you.” Then she mentioned the young man’s name – Binyomin Cohen. And I remembered that this was the same person my brother had talked about, so I agreed to meet him.

On the third date, my husband was ready to propose but I needed more time, not being quite as decisive as he was. While I was deliberating, my life went on as usual. One evening before Purim I went to a Torah lecture and returned quite late. I went up the stairs quietly so as not to awaken anyone, but was surprised to find my parents and brothers still up and sitting around the kitchen table.

My mother responded, “Rabbi Hodakov called, Rabbi Klein called, and Rabbi Groner called,” naming three of the Rebbe’s secretaries. “They all said they wanted to speak with you. What have you done?!”

I had no idea what this could be about and said that I would return the calls the next morning, but they insisted that the secretaries all said I should call back no matter what time I got home. So I called, and Rabbi Hodakov answered. He said, “The Rebbe wants to know what is happening with a shidduch.”

I answered that I had met with Binyomin Cohen, but I could not make a decision, and I seized the opportunity to ask for the Rebbe’s opinion.

The next day I heard from Rabbi Hodakov. “I’ve spoken with the Rebbe,” he said, “and the Rebbe instructed me to tell you to continue with it.” This meant to me that I should continue meeting him.

Later, when I was ready to get engaged, I received another phone call from Rabbi Hodakov and was told that the Rebbe had said, “According to my understanding of what you are looking for, this match is good and proper.”

Shortly after Purim, we announced our engagement.  We chose a date in the summer, the second day of the Hebrew month of Tammuz – Bais Tammuz 1970 – for our wedding, although it really took place on the third of Tammuz – Gimmel Tammuz – since the sun had already set by the time it took place. Interestingly, the letter the Rebbe sent us with blessings for our wedding was dated 2-3 Tammuz.

In those days, it was customary for the groom and bride, together with their parents, to have a personal audience with the Rebbe before the wedding, and to receive his blessing in person. Most people would invite the Rebbe to the wedding by submitting the invitation to the Rebbe’s secretary who would hand it to the Rebbe, together with many other invitations. I, however, did not follow this protocol, explaining to my future husband that, since the Rebbe had told me previously not to forget to invite him to my wedding, I was going to do so personally. When I entered the Rebbe’s office, the Rebbe smiled and said “Es kumt doch mir shadchonus – I think I deserve a matchmaker’s fee.”

I handed the Rebbe the invitation to which he responded, “Ikar hahishtatfus iz doch b’ruchniyus – The main participation is spiritual.” I understood the Rebbe to mean that he would attend our wedding not by walking in but by blessing us and thinking about us.

On the day of the wedding, I wrote a check to the Rebbe for $180, which about a month’s wage at that time. I had my brother deliver it to the Rebbe’s office. The Rebbe surely deserved the matchmaker’s fee, having taken such a personal interest in me. Later I learned that he had earmarked the donation for poor brides.

After three more years of yeshivah studies, my husband was ready to go out into the work world. Among the offers he received was one in Australia – he was asked to be the dean of the Melbourne yeshivah. This was not something I was thrilled about – I did not want to be so far away from my family. However, when Binyomin asked the Rebbe’s advice at one of our private audiences, the Rebbe instructed us to move to Melbourne, on the condition that I agreed. In the end, I did agree because I felt I owed it to the Rebbe, and it all worked out for the best.

Years passed. We raised a family, and then it came time for our oldest son to be married. The wedding was set for Gimmel Tammuz, the third of Tammuz, 1994. Unfortunately, that was the date on which the Rebbe passed away, and we were not sure how to proceed. As we were all in mourning, should we postpone the wedding, or should we continue on as planned?

We were advised by Rabbi Yehuda Kalman Marlow to sit shiva for half-an-hour after the funeral, and then to go forward with the wedding, but without live music.

During the week of Sheva Brachos – the seven days of festivities after the wedding – my husband spoke, and he recalled the words of the Rebbe at our personal audience 25 years earlier, “Ikar hahishtatfus iz doch b’ruchniyus – The main participation is spiritual.” These words answered the question that was on so many people’s minds during that time: “If the Rebbe is not with us, what’s going to happen to Lubavitch?”

The Rebbe may not be present in person, but what counts is that he is always with us in spirit and his work and blessings continue.