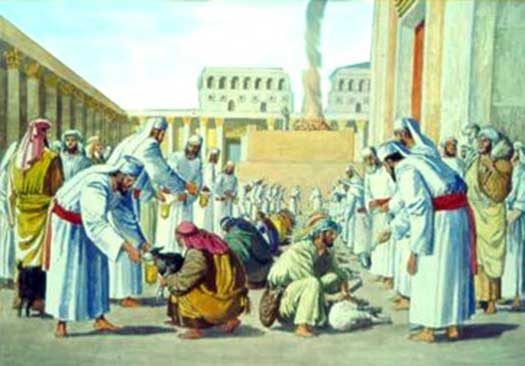 Why was the first Korban Pesach taken three days in advance of the actual offering? Why was it kept in their homes? Parshas Bo is read always on the Shabbos preceding Yud Shvat, what’s the connection? Rabbi Avrohom Brashevitzky, Shliach to Doral, FL, shares his thoughts on this week’s Parsha – Bo.

The obvious question here: why did Hashem instruct them to take the lamb on the tenth of Nisan, keep in their homes for several days and then offer it as the Korban Pesach. Furthermore, this particular rule applied only for the first Korban Pesach. In all the future years (although the lamb (ideally) needs to have been inspected for the purpose of the Korban, three days in advance, yet one did not need to be in actual possession of it prior to the actual offering. Why then do we read about this Mitzva year after year; what value does it have in our Avoda – connection to Hashem?

In a Sicha The Rebbe draws a parallel with the story of the Akeida. After Avraham Avinu arose early and so eagerly went to carry out what he believed to be Hashem’s will, namely to slaughter his beloved and only son, Hashem delayed his arrival to the unknown place for three full days. “On the third day Avraham lifted his eyes and saw the place from a distance…” The reason for this was to prove the integrity of Avraham’s selfless dedication to Hashem’s will. Had he encountered the place and began to perform the Akeida – immediately, the nations (and The Satan) could argue that it all happened so fast… he didn’t have the time to think it out and wrap his mind around what he (thought) he was about to do. Therefore they would have had the ability to argue that Avraham Avinu shouldn’t receive all the credit for him and all his future generations. Thus, Hashem made it so that he had a full three days to appreciate what he was about to do and yet he stayed on course and remained committed to implementing Hashem’s will.

Likewise, the reason Hashem commanded the Yidden to offer a lamb is to “remove themselves from Avoda Zara”. Since the Egyptians worshipped this animal and would consider it an abomination to slaughter and eat it, the Yidden would be committing the ultimate act of dissent against Avoda Zara by defiantly doing so. In order for this act to be real and have its full value, and their commitment to Hashem should never be able to be second guessed, Hashem imposed this “three day waiting period”. After having the lamb and waiting a full three days before slaughtering it, the Yidden proved that it wasn’t done out of haste or due to lack of awareness of the severity of their actions. They had a full period of time to amply think it over and reconsider, yet they unanimously came to the same conclusion. Thus they merited  the Exudos and to receive The Torah.

Many years ago I heard an interesting perspective on this from Rabbi Halperin OBM (father of the head Shliach to Brazil Rabbi Shabsi Halperin). He explained that by nature sheep tend to flock together; they aren’t comfortable being alone, moreover in a human residence. Thus Hashem imposed on the Yidden to take the lambs INTO their homes, tie it to the bed and keep it there for three days. Imagine the noises these animals made for those three days. Imagine the exposure the Jews living amongst the Egypatians received. Wethere they liked it or not, their Egyptian neighbors certainly “noticed” that something “was going on there” in the Jew’s home. Picture the assimilated Jew who was happily living amongst the Egyptians, ”trying to keep up with Joneses”. For too long he did whatever he possibly can to hide and blend in…When Moshe showed up with the promise of redemption, he did believe in it (after all he does have a Jewish heart and is a Maamin Ben Maamin). But imagine what would be if his neighbor detects that he is like all the other Jews?!

Such a Yid would have preferred to smuggle in a lamb in the dark of night, or better yet slaughter it elsewhere and bring it home in a dark bag. What Hashem was conveying is the message that to be a Yid one must be proud of it and never be embarrassed to be seen openly and assertively doing Hashem’s will! Hashem is saying to us: “in order to be Am Yisrael, you need to have Ge’on Yaakov – real Jewish pride!

They tell a story that happened in the TWA terminal at JFK. There used to be a long line of public phone booths (remember those?) with a folding door for privacy. A Veltishe Bochur was traveling and realized it was time to Daven. Too embarrassed to just stand there and Daven, he entered one such booth, put the receiver to his ear and proceeded to recite the Shmone Esrei. Great idea! He was certain that he’ll go unnoticed and be perceived as talking on the phone. Well, it didn’t go as planned, he attracted a tremendous amount of attention. In fact, almost every passerby took a glance at him. Turns out, the booth he chose had a big “out of order” note attached to outside of the door!

As we approach The Holy Day of Yud Shvat we are reminded of our great void since Gimmel Tamuz. It’s not easy. However, if there was ever a time for true Hiskashrus, it is now. When we were able to see The Rebbe, the Hiskashreus was a given. After all how could one not be Mekushar with all those great Giluyim we had. It is now that the Hiskashrus of Chassidim is proven to be what it always was: genuine and  in our blood. It’s not being imposed on us, we are not being “overwhelmed” by The Rebbe’s physical presence, yet each in their own way and level is truly committed to The Rebbe and his teachings!

The final lesson: you are a Chosid, be proud! Do not try to hide it or white wash it.