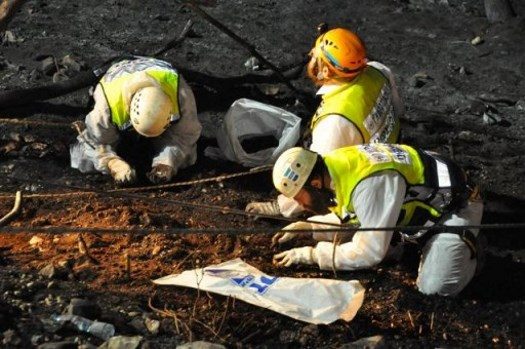 Why is it called Chesed Shel Emes? Does one need to be formally enrolled in a Chevra Kadissha to be part of this practice? Are there any known stories of The Rebbe regarding this matter? Rabbi Avrohom Brashevitzky, Shliach to Doral, FL, shares his thoughts on this week’s Parsha – Vayechi.

When Yaakov summoned his son Yosef to request from him that he accept upon himself the task of transporting his remains and to bury him in Eretz Yisroel, he referred to it as “Chesed Ve’mmes”, kindness and truth. Chazal explain that this is because “the kindness that is done for the departed is true kindness”. When doing kindness with a living person there is always the possibility that the recipient of the favor will repay the favor somehow. However, when doing something for the deceased there is no expectation of ever receiving reciprocation. Thus it is “true kindness”; kindness for the absolute purpose of kindness itself. It has become the costume in many communities that the Chevra Kadisha is referred to as Chesed Shel Emes.

With all of the above said, still there’s a great prestige and many Zechusim attached to being a member of the Chevra Kadisha. The rewards are plenty, from Hahsem, in this world and in the world to come. Certainly all those who volunteer to serve on their respective Chevra Kadisha, do so for the purest of reasons without any intention of receiving any reward for it. Yet, there is the obvious “fringe benefits” of being involved in this holy lofty endeavor. I’d like to shift the focus on a slightly different kind of “Chesed Shel Emes” which should be within reach of each and every one of us. Although typically Chesed Shel Emes applies to the deceased, I would attempt to attach it to a slightly different type of Meis (deceased).

The Chazal tells us “Oni Chashuv K’meis”, a poor person is (important) like a deceased. Whatever the deeper meaning of these words may be, the reality is quiet obvious in the world we live in. A rich person is popular, a poor person is not. Period. The simple, unpopular person is almost not even visible. He may be standing there right in front of us, certainly within our peripheral vision, yet we can somehow miss seeing him… Yet the successful or popular person is so desirable that we “notice” them even from afar, even if they may have been almost totally out of our path of sight. It is so rare to be greeted or even noticed when one is just a plain simple person or worse yet, just a “nobody”.

Rabbi Binyomin Kline once related a story which highlights The Rebbe’s concern and intimate involvement with the most simplest of Jews, “poor” in character and down in the dumps. Prime Minister Menachem Begin had the privilege of being by The Rebbe several times before he was elected to the post of PM. In one of those Yechidus, before he was ready to leave The Rebbe turned to him and said: “I would like to request a personal favor from you”. Mr. Begin was excited to have the privilege to do a personal favor for The Rebbe and responded in the affirmative. The Rebbe related that he received a letter from a distraught father and mother from France, whose daughter decide to marry a Goy (Chas V’shalom) and all their attempts to persuade her against it were futile.

The Rebbe explained to Mr. Begin that in His opinion, if a personality with such stature as Mr. Begin would attempt to convince the young woman – it would certainly have the necessary impact on her; “especially that you speak French” (during the period when Menachem Begin was the head of the Jewish underground in Israel and was forced to escape from the British, he spent a considerable amount of time in France). Mr. Begin accepted immediately to do this “personal favor” for The Rebbe. The Rebbe gave him the contact info for the family and insisted that He will pay for the stopover in France. Mr. Begin did stop in France, met with the girl and succeeded in talking her out of the terrible idea of marrying a Goy R”L. This woman later established a Frum family which resides in Yerushalayim!

Many years later, as PM, Mr. Begin related this story and his amazement and deep impression of what was The Rebbe’s “personal favor” that he needed done.

Please, let’s not wait till someone is already dead C”V to feel bad for them or to care for their family. Perhaps the person in question is not the most popular. Maybe there will not be any “reward” or gratuity from this kindness that will be done for the poor chap. Perhaps, it will make you look a little “Nebbie” to be dealing with the unpopular folk. Still, DO IT! Do it for the sake of true Chesed, make it personal, have it really matter, to you!