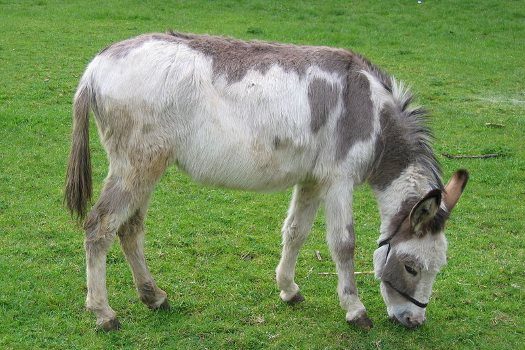 This motzei Shabbos we are beginning to celebrate the festival of Chanukah.  Chassidus explains that the meaning of lighting the candles at night, is in order to illuminate the dark outside, until the domain that was thought to be public [and separated from Hashem’s unity], is seen by all as being part of Hashem’s domain.

This thought is brought out in the explanation of the meaning of “When your wellsprings will spread out” that what was originally considered outside, will also spread out the teachings of Chassidus.

Some months ago I signed up to participate in the Jnet learning project. I have the privilege to have met my study partner Mr. Andy Strowman from England who Jewishly speaking is living in a remote area, with no minyan within miles of his town. However through technology he no longer has to be separated from all his brethren.

Last week by hashgacho protis [Divine individual attention], Andy asked if I can share with you the readers of my column the weekly story the following story which was passed down to him, from generation to generation and he is continuing that golden chain.

This is being done as noted, in spirit that the wellsprings shall sprout from those who might have been considered on the outside.

Jnet has succeeded is pairing up thousands of learning partners all over the globe, however, there is a need for many more people to volunteer as they have hundreds of Jews awaiting this unique opportunity of finally learning about our rich and wonderful heritage. Whether you are available to teach Chumash Rashi, Halachah, Gemorah, Chassidus or any topic they have people who are yearning to begin to learn.

No matter who you are, during this half hour a week that you learn with your study partner, during that time, you are the Rebbe’s Shliach and fulfilling the prerequisite of I [Moshiach] will come when your wellsprings sprout outwards.

The following is the story my friend and study partner Andy sent me:

I have a story which I would like you to please pass on:

They were very poor and all they had left was the donkey, so they went to the market and stood there all day long, hoping to sell it, but alas no one was interested in buying the donkey.

They left the market very sad and discouraged and slowly began the long trek returning to their home in the village, with the donkey and no money.

Having gone nearly to the village but not quite there, the donkey suddenly would not move any further, it refused to budge. All their coaxing was to no avail.

One of the brothers took a branch off a bush and started whipping the donkey but still the donkey wouldn’t move.

So one of the brothers went ahead and walked towards the village to take care of their chores, and suddenly he saw a big fire in the village, which caused tremendous devastation and destruction.

It then dawned on him; all the negative things that occurred to me today, I stood in the market place the entire day, and didn’t manage to sell it, and then the donkey became stubborn and refused to continue walking; things that aggravated me tremendously, in truth were a tremendous blessing. Hashem gave the donkey the power of smell and smelt that fire, which caused it to stop. Yes that aggravated me tremendously, but perhaps that was the way the donkey communicated to us and possibly saved our lives.

Let us look for the light that is concealed in the darkness.

This story that was told to me by my mother, is about 200 years old has been passed down from Generation to generation

Please could it be published in memory of my mother Rosa bat Milka .

Rabbi Avtzon is a veteran mechanech in the United Lubavitch Yeshiva, and the author of numerous books, including the acclaimed Rebbeim Biography Series and Early Chassidic Personalities series, and is available to farbreng in your community. For Yud Tes Kislev he farbrenged in Beis Menachem Mendel of North Miami Beach. He can be contacted at avtzonbooks@gmail.com.