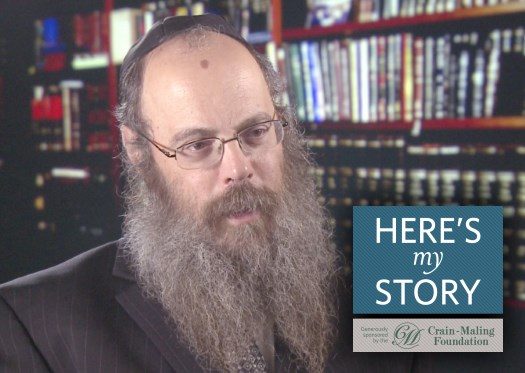 When my wife and I were first sent as the Rebbe’s emissaries to Charlotte, North Carolina, we established a preschool there. It became very popular and, within five years, the enrollment was so high we had outgrown our facilities.

At that time – this was the end of 1985 – the local Jewish community was building a huge campus called Shalom Park, and on this site stood an old building which we wanted to use as our school. However, we were told it was not available.

No matter what we did to get it, the answer was: “It won’t be possible.”

And so it came down to the wire. Preschool was due to start in two weeks, and we had no place for the children.

Finally, my wife, who was the principal of the school at the time, sat down and wrote to the Rebbe. This was in the days before faxes were in popular use, so she wrote a letter. She said that she has a group of students and no place in which to teach them. She said she was at a loss as how to deal with this situation – what to tell the parents, what will happen to the kids’ education – and she was asking the Rebbe for advice and for a blessing.

Her letter went out on a Thursday. On Monday, we got a call from my father, Rabbi Leibel Groner, who was then the Rebbe’s secretary. When my wife picked up the phone, he told her to take a pencil and write down the Rebbe’s answer to her letter. It was this: “G-d, will provide everything that is needed. And may you always report with good news”

We were both overjoyed, and we immediately called all the parents and told them “Mazel Tov, we have a place!” Naturally, they asked, “Where?” And we said, “We don’t know yet, but we know we have a place. If the Rebbe said that G-d will provide everything that is needed, there will be a place.”

I also called one of my biggest supporters – State Senator Marshall Rauch – and he recommended that I approach the local Jewish Foundation again about the building in Shalom Park. He said I should tell them that we have a place but that we are giving them a final chance at last refusal. And this is what I did – I called the lawyer who was in charge of the Jewish Foundation and told him exactly that.

He said to me, “You know what, Rabbi Groner? I thought it over and I think we can give you that building for the preschool. We have to go to five different boards and get their approval, but we can do it.”

Within five days all five boards had given approval, and we hired a crew and prepared the building. The school was ready on opening day – just as the Rebbe had promised.

But there’s more to this story.

One of the teachers in the school – an Israeli woman who taught Hebrew to the children – called us up before the school opened and she said, “I’m so happy that you got the place, but I need to understand – how did you muster the confidence to say that you have a place just based on the Rebbe’s words?”

Hearing that, she began to cry. She said that she and her husband had not been blessed with children, and they were hesitant to go to the Rebbe because they were not chasidim. But this event encouraged them that they should go to the Rebbe.

And indeed, during Passover week, her husband went to New York, and he went up to the Rebbe after the morning prayers. He told the Rebbe that he and his wife needed a blessing to have a child. The Rebbe responded that if they would start keeping the laws of family purity, Taharat HaMishpacha, they would be blessed with a child.

And that’s what they did. They started keeping the laws of Taharat HaMishpacha and a year later they had a baby boy.

So one happy outcome led to another happy outcome. This is typical of the chain reactions that I saw happen one after another due to things the Rebbe said and did.

And, my wife and I, we felt very privileged. We felt that the Rebbe was with us all the time in our work, and we could depend on that.