« Denver Unites to Combat Anti-Semitism
In Music Video, Cape Town Says ‘I Can Be’ » 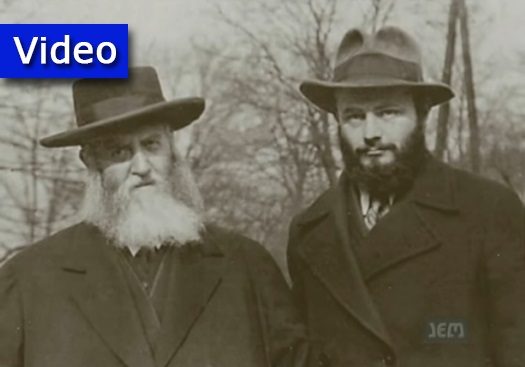 Today, 14 Kislev, marks the anniversary of the Rebbe and Rebbetzin’s wedding. The Rebbe later said of this occasion that “It’s the day that bound me to the Chassidim and the Chassidim to me.”

In December of 1928, the Rebbe’s marriage to Rebbetzin Chaya Mushka, daughter of the then Lubavitcher Rebbe Rabbi Yosef Yitzchak Schneersohn, was held in Warsaw, Poland.

In this fascinating clip, R’ Yisroel Gordon recounts some of the memories which he heard from his father about the grand wedding.

Due to the stature of the groom, bride, and their families, the actual wedding celebration was a very large affair with many dignitaries in attendance. One thing however, which stood out among the many great Rabbis and Torah scholars, was the greatness and piety of the groom himself.

Of course, he would later succeed his father-in-law as Rebbe leading and inspiring the Jewish people with dedication and love.

The following video clip is an excerpt from the film “The Early Years” Vol. 1 – http://www.jemstore.com/The_Early_Years_I_p/z-encounter-1.htm.

« Denver Unites to Combat Anti-Semitism
In Music Video, Cape Town Says ‘I Can Be’ »