« Video: To What Extent Must You Go to Keep Your Word?
New Shluchim to Central Florida » 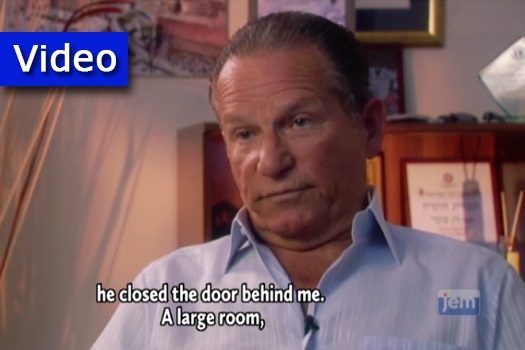 The legendary Brigadier General Ran Ronen-Pecker, one of Israel’s most decorated “ace” fighter pilots, passed away on Shabbos at the age of 80 after a long illness.

He flew in almost all of Israel’s wars and is credited with eight enemy kills in combat in air. Before becoming commander of the Tel Nof Airbase in 1973, he was squadron commander, then commander of the IAF flight school.

This short excerpt of our interview with him is taken from a much longer segment, featured in the film, “Faithful and Fortified.”

For a detailed printed account of his relationship with chabad and meetings with the Rebbe including a memo that he himself wrote after meeting the Rebbe, check out this preview of JEM’s upcoming book, “Here’s My Story.”

« Video: To What Extent Must You Go to Keep Your Word?
New Shluchim to Central Florida »