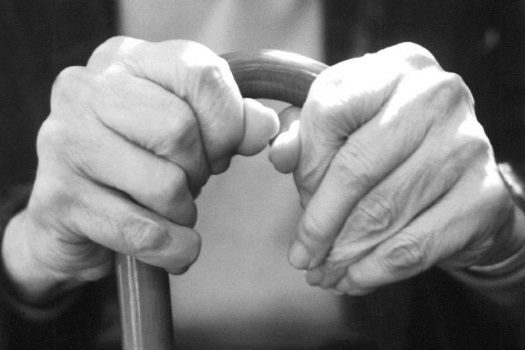 How old is old? Old with an attitude? “Old” is only a perception. And: what side of the family are you going to be from? Rabbi Avrohom Brashevitzky, Shliach to Doral, FL, shares his thoughts on this week’s Parsha – Chayei Sarah.

If he was old, obviously he was “coming in days” – why does The Torah tell us this in a repetitive manner? The previous Rebbe explains that these are in fact two different descriptions. First we are told that Avraham was old in age (he was 137 years old!)n then we are informed about the virtuous and fulfilled life he led. “Coming in days” means that each and every day was accounted for and meaningful. He “came” with a full load of accomplishments.

As The Rebbe quotes The Previous Rebbe: “a Yid’s true age does not go merely according to one’s passport (or birth certificate), rather according to one’s achievements in Torah, Mitzvot and good deeds”. He explains how one can appear to be old in age, yet “younger than a small child playing under the table” in terms of deed & accomplishment in Torah.

Another interesting point that can be gleaned from this verse. It says “coming” not “came”. This tells us that although Avraham was so old and already very accomplished, yet he was still “going in days” – on his way to do more and learn more! He had the correct attitude, namely that as old as he was – he was still a young man when facing the future; when looking forward on potential accomplishment.

In fact, he was about to begin a new chapter in his life, he was about to become a father-in-law, then a grandfather… At his age, he was ready to embark on new journeys. He’s not exclusive in this. Think about our great leader Moshe Rabeinu. His “career” as our Nassie began at age 80! Rabbi Akiva only began his studies at age 40! It is not about how old you actually are; it’s about how young and energetic you feel! It is all about how optimistic and inspired you are about the future and the extent of the belief in your potential.

Being old is just a matter of prospective. It is one’s attitude which designates whether they are “young” or old. Of course there are physical realities of age, this cannot be denied. However, this should not stop one from growing, from advancing into new areas of activity. When The Rebbe celebrated his 70th and later his 80th birthdays, he made it clear that retirement was not an option. In fact he explained how age brings experience and more wisdom. It is the young who need to seek advice and guidance from the so-called old. The many years of experience and accomplishments are the ultimate positive, not G-d forbid a negative as some foolishly think.

A number of years ago I heard a story about the legendary older Chosid Rabbi Yehudah Chitrik (who passed away at age 106). He was in Miami Beach  at an intersection of a very busy thoroughfare (Collins Ave), waiting to cross the street. He noticed an elderly Yid standing there with a worried look on his face – scared to navigate his way across the street. He approached him “how old are you?”. The man responded that he was 70 something. Grabbing his hand he said “I’m older than you, come I’ll help you cross the street”! Attitude!

Don’t behave “older” than you really are. Be young at heart – at any age. At the same time, be “old” in the sense of applying wisdom

When it was suggested to Eliezer that Rivka’s wedding to Yitzchak be delayed, he was adamant that it happens asap. Why the big deal? Chazal liken Rivka to a “rose amongst thorns” she was a Tzadeikes living in a family and city of wicked people. Remaining there a moment longer than necessary could bode danger; “the thorns can perhaps prick & damage the rose”.

There’s a story of a young Jewish girl who asked her father “where do we come from”. As a good enlightened Jew he proceeded to give her the whole rundown of how we evolved from apes and monkeys. Several days later she was chatting with mom and proposed the same question. “Well” mom replied “as Jews we have such a beautiful ancestry. We descend from Abraham, Yitzchak, Yaakov and all the Matriarchs. You are a direct descendant of the greatest people going back all the way to the very first human that G-d created. The girl perplexed: “Are you and daddy in disagreement?” Mom reassured her that they were not in conflict as to the origins:”daddy was talking about his side of the family”!

We come from such great roses and blooms, yet we also descend from Terach, Lavan and the other “thorns”. Why is it important to mention this? Character is pass on on genetically from parents to children. We must always remember to heave like the “good side of the family” and not allow yourself to slip into “the other side of the family” mode.