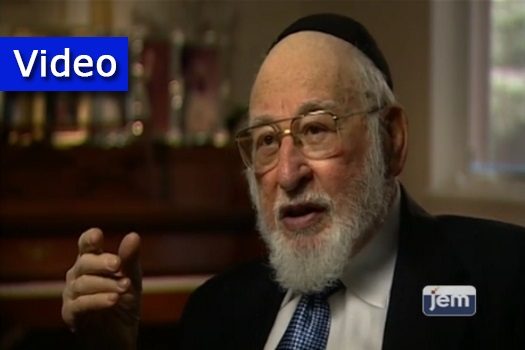 Video: Composing a Niggun for the Rebbe’s Birthday

JEM’s My Encounter with the Rebbe project released an unedited clip of an interview that they conducted with the late Reb Ben Zion Shenker, OBM, in his home in Brooklyn, in April of 2010.

Reb Ben Zion spoke about a few of his encounters with the Rebbe throughout the years.

In 1974, he was approached and asked by Rabbi Yosef Wineberg to compose a niggun in honor of the Rebbe’s 72nd birthday.