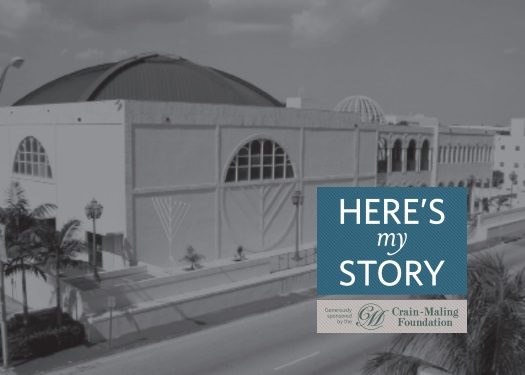 Mrs. Susan Shuster and her husband, Dr. Marvin Shuster, reside in Bal Harbour, Florida, where she was interviewed by JEM’s My Encounter with the Rebbe project in March of 2011.

I grew up in New York in a secular family, receiving almost no Jewish education. I became a nurse, married a doctor – a plastic surgeon like my father – and eventually moved to Hollywood, Florida, where we raised our family.

Our involvement with Judaism started through my son, Kenny, who was befriended by Chabad chasidim while attending the local Hebrew Academy. They invited him to spend Shabbat at the Landow Yeshiva in Miami Beach, and he ended up enrolling there.

Naturally, before we allowed him to do this, my husband and I went to check out the place and we got to know Rabbi Sholom Ber Lipskar, the Chabad emissary there, and the other Chabad emissaries there. They made a wonderful impression on us, and that’s how we were inspired to take our first steps toward Torah observance as a family.

Shortly thereafter, we decided to travel to Crown Heights to meet the Rebbe. It was an amazing experience which I lack the words to describe. We felt we were in the presence of a very great, very holy man, who made us feel most welcome.

I recall in that first audience telling the Rebbe that my husband and I were leading a very busy social life, yet that I felt empty inside.

He looked at me and said, “But you are Jewish. You have your religion.” And I understood that I should become more involved in Judaism – that this is what was lacking in my life. I had not figured this out for myself until the Rebbe pointed it out to me.

As well, in that first audience, I asked the Rebbe’s advice concerning my children’s health. They had come down with colds while we were visiting in New York, and being a nurse I was able to detect symptoms which suggested that they had caught the croup. I said to the Rebbe, “I am worried that this is serious. Do you think I should take them to the hospital?”

“No, you don’t have to,” he responded, “Just take them home and give them tea with sugar.”

I was very relieved and very happy that I didn’t have to take them to the hospital. I started to give them tea with sugar, but my husband was not sure. So he took one of the boys to a local pediatrician to ask if antibiotics should be prescribed. But the pediatrician said, “No, just give him tea with honey.” And we were amazed that the Rebbe knew what to do just as well as the pediatrician.

I took these words to heart and, from that point on, I began inviting people to our home for Shabbat meals in an effort to help them find spiritual meaning in their lives. I took great pains in preparing these meals and in making the table very beautiful, so that it reflected the inner beauty of Judaism.

On another occasion, the Rebbe told us to put up a big Chanukah menorah in front of our house – he said, “Big enough to light up the whole street.” And he even arranged for a menorah to be there himself, so that when we returned to Florida from New York, it was already waiting for us outside. Ever since, it has been our custom to light this giant menorah each Chanukah.

After a time, we had a minyan in our house with complete prayer services every Shabbat, which eventually led to my husband buying a house and having it converted into a synagogue. We ran this synagogue – which was called the Levi Yitzchak Synagogue – for about ten years, until the Rebbe gave us permission to turn this task over to someone else.

In the years that followed, when the Rebbe was no longer granting private audiences, we would come to Crown Heights and stand in line when he was handing out dollars for charity in order to receive his blessings.

We often brought him fruit baskets from Florida, from our own orchard, as it was my husband’s hobby to raise exotic fruits. And when we did that, the Rebbe always gave us an extra dollar, adding “This is for your Garden of Eden.” He also made it a point of inquiring as to the age of the trees since it is Jewish law not to partake of fruit from a tree less than three years old, and the Rebbe was very strict about that. He never accepted the fruit without asking about the age of the tree.

On one occasion while I was standing in line to receive lekach (honey cake) during the high holidays, after I received my piece, he called me back and explained to me, “Earlier when your husband passed by, I asked him to grow a beard, I first want to make sure that it’s okay with you?” He wanted to be positive that this wouldn’t affect my relationship with my husband in a negative way. Can you imagine? He was so caring, so sensitive about everyone feelings.

In conclusion, I just want to say that whatever you might hear about the Rebbe can never fully describe him. It is just impossible to put into words who he was. He had uncommon insight into people; he understood where each person was coming from, what was bothering each one, what each needed to hear.

It was privilege and an honor to know him, and I am only sad that this generation has not had a chance to meet him and know him and appreciate him like we did.