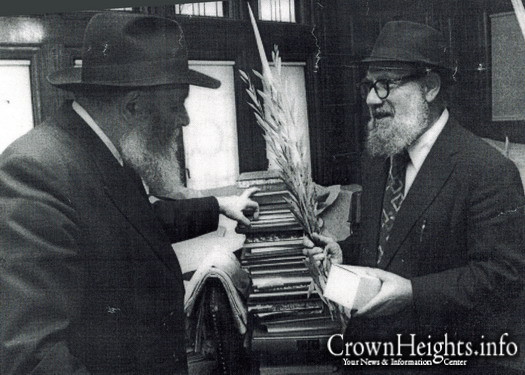 We present an excerpt from the writings of the Rebbe’s trusted secretary Rabbi Nissan Mindel explaining the deeper significance of Rosh Hashana and Yom Kippur.

The letter is from a forthcoming book by Nissan Mindel Publications on the philosophy of Chabad, based on Torah Or and Likutei Torah.

Unity of the Festivals

One of the outstanding features of RSZ’s system, as we have seen, is the principle of organic unity that pervades the physical universe, as well as the entire order of creation, from the highest of the supernal worlds to the lowest of the nether worlds. The same principle underlies also his concept of the festivals.Rosh Hashanah and Yom Kippur

RSZ conceives of the festivals, as they come around the year, in the form of an organic body where each organ has its particular importance and function and all are linked together into a living organism.

Accordingly, Rosh Hashanah and Yom Kippur constitute the “head”; the Three Festivals – Pesach, Shovuot and Sukkoth represent the “two arms” and “torso”; while Chanukah and Purim represent the “legs.”

Rosh Hashanah (literally “head   of   the year”) is conceived as the “head” in the sense that it is the source of the general vitality for the whole year, as in the human body the head is the wellspring of vitality for the entire body. It is from the brain that vitality flows to all particular organs of the body, for all the mental and physical capacities are concentrated in the brain in potentia;  thence flow vitality and power to each particular organ and limb: to the eye – the power of vision, to the foot -the power of locomotion, and so forth.

In an analogous manner, Rosh Hashanah is the “head” of the year in that it is the source of vitality for all the other festivals, as well as for all the ordinary days of the year, each of which receives its own particular quantity and quality of Divine vitality as it descends in the course of time. Rosh Hashanah itself receives this total – and superior – vitality from the Source of life in the En Sof which is “above” (i.e. transcends) time, and which, having been reduced from the eternal to the temporal,  now divides itself into twelve channels for the twelve months of the year respectively, gradually changing from the potential into the actual.

Carrying the analogy further, RSZ explains that the potential powers in the brain do not necessarily assert themselves in the particular organs or senses of the body. For example, the power of vision can be arrested in the brain, or on the way to the eye, causing temporary or permanent blindness. This does not mean, however, that the brain itself has lost the power of vision, as witness by the fact that a blind person can give birth to seeing offspring. Similarly, it is possible that the light and vitality which Rosh Hashanah potentially holds for each and every day of the year should be withheld from any particular day. This will explain the apparent anomaly in the two Rabbinic statements, namely, that Rosh Hashanah is the Day of Judgment for each individual for the whole year, yet “a man is judged each day. Actually both statements are true. On Rosh Hashanah each and every individual is judged as to the general vitality which is to be allotted to him in the newyear. However, whether the flow of vitality should actually reach him or be withheld (in the latter case it will be given to him in a different form, e.g. in a spiritual instead of a material form) -this is determined each day, according to one’s deeds and merits.

The vitality that emanates from the En Sof through   Rosh Hashanah for the entire year, is but for one year only. It is renewed each year in accordance with the merits of the recipients and the degree of their Divine service. There must therefore be ltha’arutha dile’tatta –an impulse from below (i.e. human initiative) to activate the flow of Divine kindness and mercy from Above. The inspiration for this is provided by the threefold prayer of Rosh Hashanah, namely, Malchu-yot, Zichronot and Shofrot, with their respective themes of the Divine “Coronation,” “Remembrance,” and the “Sounding of the Ram’s Horn.”  The Rabbis succinctly expressed it this way: “Said the Holy One, blessed be He, ‘Recite before Me Malchuyot, to make Me king over you; then Zichronot – that your remembrance rise before Me for benevolence; and wherewith? With the Shofar.”

Turning to Yom Kippur, RSZ reminds us that it, too, is called “Rosh Hashanah,” because it is in many respects an extension   and culmination of  Rosh  Hashanah.  However, it has  the  special  quality  of  being  the  Day  of  Atonement,  the day of Teshuvah and Divine forgiveness.

Yom Kippur, which is on the tenth day of Tishrei, is indeed the culmination of the Ten Days of Teshuvah which begin with Rosh Hashanah. It  has  been  noted  that essentially man’s service to G-d must  be  directed  towards the subjugation of his animal soul through  the surrender  of its will (bittul) to the will of G-d. The Divine soul in man is already innately imbued with the quality of bittul and generally requires no tikkun. The animal soul, like the Divine soul, possesses ten powers, and it is on Yom Kippur that the complete surrender of these powers to G-d can be attained. The sublimation of the animal  soul  is  further symbolized by the fact that Yom Kippur is a day of fasting and physical privation (to the extent of even not wearing leather footwear), i.e. divesting the self of its material and physical “garments,” as if the body and its needs  do  not exist. This is also the underlying symbolic significance of the repeated kneeling and prostrations during the Musaf prayer, especially during the Avodah, of the Yom Kippur service. For kneeling, and especially prostrating oneself flat on the ground in a horizontal position (where the head is no longer in its  usual upright position), signify complete surrender  and  abnegation, bittul.

Consequently, it is on Yom Kippur that the Jew attains the closest rapprochement with G-d, which, reciprocally, evokes the highest Source of Divine forgiveness. In his characteristic manner, RSZ finds support for this thought in the Biblical verse -“Before G-d [Y·H·V-H] you shall be cleansed,” with emphasis on the word lifnei (“Before”). According to RSZ’s interpretation, this verse alludes to the Source of G-dliness which is “Before G-d,” i.e.  “before” or “above” the revealed G-dl of creation, sometimes referred to as the Unknown, and Unknowable, or Hidden  G-d – the En Sof Himselfthat the complete surrender of these powers to G-d can be attained. The sublimation of the animal  soul  is  further symbolized by the fact that Yom Kippur is a day of fasting and physical privation (to the extent of even not wearing leather footwear), i.e. divesting the self of its material and physical “garments,” as if the body and its needs  do  not exist. This is also the underlying symbolic significance of the repeated kneeling and prostrations during the Musaf prayer, especially during the Avodah, of the Yom Kippur service. For kneeling, and especially prostrating oneself flat on the ground in a horizontal position (where the head is no longer in its  usual upright position), signify complete surrender  and  abnegation, bittul.

And since Divine forgiveness derives from that sublime category of G-dliness, “preceding” any kind of Divine emanation in time or place, in thought or action, and where there is no distinction between “darkness” and “light,” it is capable of completely erasing of sins actually committed in time and place. Herein lies the explanation, RSZ points out with remarkable insight, why Teshuvah, which, after all, is only a matter of resolve in the mind  and  heart,  can erase  and nullify a transgression actually committed in deed, and be effective retroactively,  and –in certain instances of the highest form of Teshuvah  -even convert willful transgressions into positive forces.

Thus Rosh Hashanah and Yom Kippur, with the intervening Days of Teshuvah, make it possible for the Jew to begin the newyear with a clean slate, invigorated, moreover, with renewed strength and inspiration of the highest order. Indeed, he is expected to draw from this wellspring of inspiration in the coming days throughout the entire year.