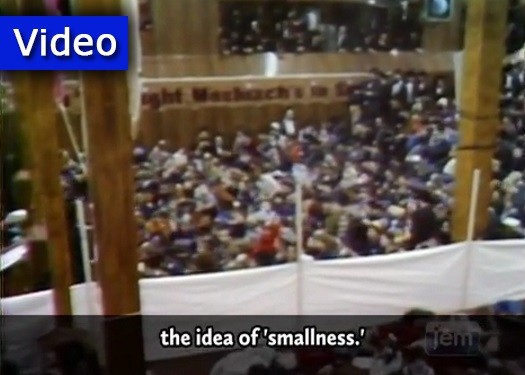 Once again, we feature a video from this week’s Living Torah program from JEM.

According to the Jewish calendar, a second month of Adar is added in a leap-year. While Purim is usually celebrated in Adar, during a leap-year it is postponed until the second Adar, and we mark Purim Katan – “the small Purim” in the first month.

Many significant things in Judaism are referred to as “small.” Among them are not only the Small Purim, but King David and the Jewish nation itself.

The lesson is that being small need not hold us back. Small does not mean less, and the smallest can reach the greatest heights.

So should it be with the “small” children of Tzivos Hashem. Like a small candle which illuminates its surroundings, they can light up the world with their Torah and Mitzvos.