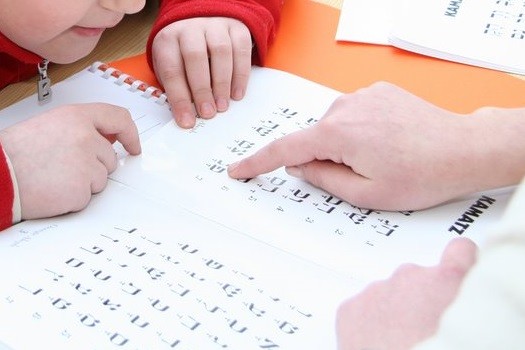 I heard the following story from Mr. Kramer, owner of TGI Furniture:

In my youth in Montreal, Canada, I had the good fortune to learn by Rabbi Avrohom Karp. Years passed and I heard that my beloved Mesivta Rebbe had a serious illness, i wanted to visit him, yet I was thinking if his illness is as serious as I heard, perhaps I shouldn’t, as it may be burdensome for him.

Yet as I came close to his house,i heard that he is in midst of giving his legendary daf yomi shiur. So I thought, if he has the strength to give his shiur with tremendous clarity, it must be that he is not as sick as people were saying. so I entered and listened in.

At the conclusion of the shiur, we davened maariv and then I realized that perhaps he is extremely sick, as he remained sitting in his wheel chair when he davened shemoneh esreh.

After everyone left, we talked for a while and then he asked that I go out for a while as he has to learn with someone. I noticed an elderly Jew had entered and he sat down at the table and Rabbi Karp began learning the aleph-beis with him.

When they concluded, I couldn’t control my curiosity, so although one is not allowed to question the actions of his Rebbe I said; “Rebbe i understand that you gave the daf yomi shiur, even though it was difficult for you, because there is no one as capable or qualified as you. However,when it comes to teaching a Jew the Aleph-Beis, why did you have to trouble yourself, the Yeshiva is around the corner,so you could ask one of your talmidim to teach it, even I am qualified.

Reb Avrohom replied, I don’t see the difference between this shiur in the Aleph-Beis and the daf  yomi class, This elderly person wished to learn and he might be embarrassed if he has to learen from a bochur that is the age of his grandson.

So I learn with him. The daf Yomi is Toras Hashem and the aleph-beis is also Toras Hashem,so why should i give up the opportunity.

So as we listen to the aseres hadibros, let us recognize the beauty of every aspect of the Torah.

The author can be contacted at avtzonbooks@gmail.com