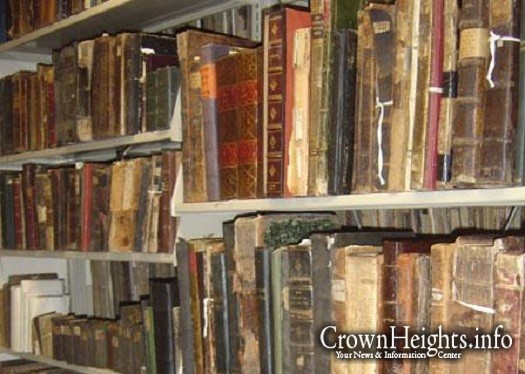 Rav Yaakov Yosef was the first person to publish a sefer containing the teachings of the Baal Shem Tov. The name of his sefer is Toldos Yaakov Yosef.

After Rav Yaakov Yosef published the sefer Toldos Yaakov Yosef, the author himself became its distributor, traveling from town to town looking for customers.

One day, Rav Yaakov Yosef arrived in the chassidishe town of Zhitomir. He made his way to the local marketplace and announced that he had a sefer for sale. “This sefer contains the teachings of my holy teacher, the Baal Shem Tov!” he proclaimed.

Hearing his announcement, many people rushed over, eager to buy the prized sefer. “What price are you charging?” they asked. Rav Yaakov Yosef specified a certain amount.

The townspeople were not all that pleased. “This sefer is much too overpriced,” they declared. “A sefer of this size is never sold for even close to such a sum!” When they saw that they could not convince the vendor to lower his price, they walked away disappointedly.

Rav Yaakov Yosef was beside himself. How can it be that no one appreciates the true value of my master’s teachings? he thought. Yes, my sefer is more expensive than other seforim, but the Baal Shem Tov’s teachings are worth even more!

The  hours passed, and Rav Yaakov Yosef had yet to sell a single sefer. His frustration mounted with every passing moment, to the point that he could no longer contain himself. “This demonstrates a lack of respect for the Baal Shem Tov!” he rebuked the townspeople sharply. “You deserve to be severely punished!”

The residents were taken aback at these strong words. Nervously, they hurried to their rov, Rav Velvel of Zhitomir, and told him what had happened.

Reb Velvel immediately understood that the seller was his colleague, Rav Yaakov Yosef, whom he had not seen for many years. He hurriedly made his way to the marketplace and approached Rav Yaakov Yosef.

“How many seforim do you have for sale?” Rav Velvel asked. “How much do they cost?”

Rav Yaakov Yosef named his price, and Rav Velvel—whom Rav Yaakov Yosef did not yet recognize—proceeded to purchase every single sefer available for sale. “What a cheap price this is!” he made sure to add. “After all, the teachings of the Baal Shem Tov are truly priceless. What a bargain!”

Thankfully, Rav Yaakov Yosef was no longer visibly upset at the townspeople. After all, at least one individual in town had appreciated the sefer’s value! Rav Velvel had succeeded in averting the punishment that could have resulted from the tzaddik’s displeasure.

Rav Yaakov Yosef agreed with Rav Velvel wholeheartedly. “Indeed, these seforim are worth much more than the amount I’m asking for. However,” he added sadly, “no one else in town wants to buy the sefer, even at this bargain price. Evidently, they don’t understand its true value!”

“You are correct,” Rav Velvel replied. “The people here apparently don’t recognize the true value of the sefer. But Rebbe, may I ask you a question?”

“Before Hashem gave us the Torah,” said Rav Velvel, “Hashem offered it to all the nations of the world, and each nation declined the offer. Nevertheless, Hashem didn’t display any sign of displeasure. He didn’t threaten to destroy them or punish them. Shouldn’t a servant be just like his master?!”

Rav Yaakov Yosef understood the point the buyer was trying to make, and he realized that this was no simple Jew.

“Among the Maggid’s talmidim there was a student who was known as Velvel the Smart One,” he said with a smile. “Can it be that you are none other than that talmid?”

I believe I heard this story from Reb Itche Der Masmid. Printed in Oros Ba’afeilah, pp. 129–130.