« Wedding: Lebowitz-Danziger
Op-Ed: Mr. President, If I am killed by Muslim terrorists in Israel, will you know my name? » 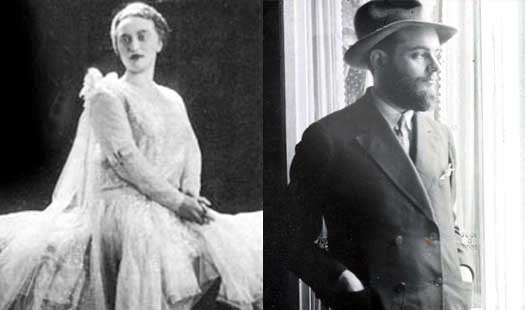 On the 14th of Kislev in 1928, the Rebbe’s marriage to Rebbetzin Chaya Mushka, daughter of the then Lubavitcher Rebbe Rabbi Yosef Yitzchak Schneersohn, was held in Warsaw, Poland.

Hundreds of miles away, another wedding celebration was being held that night. In the city of Yekatrinoslav (Dnepropetrovsk), the Rebbe’s parents, harassed by the Soviet authorities for their efforts on behalf of Judaism, were denied permission to travel to Warsaw.

Prevented by a curtain of iron from attending the marriage of their firstborn son, they were nevertheless determined to rejoice in his joy.

In a moving memoir, the Rebbe’s mother, Rebbetzin Chana, described the wedding celebration held in their home, which lacked the physical presence of a groom and bride, yet was aflame with a joy as powerful as the pain in the groom’s parents’ hearts.

The Rebbe later said of this day: “It is the day on which I became connected with you (the Chassidim), and you with me”.

As Chassidim, these powerful words are of course a moving testament to the Rebbes tireless dedication to us, as well as to responsibility we carry in being his Chassidim.

In this fascinating clip, R’ Yisroel Gordon recounts some of the memories which he heard from his father about the grand wedding.

Excerpt from the film “The Early Years” Vol 1. Get it here.

« Wedding: Lebowitz-Danziger
Op-Ed: Mr. President, If I am killed by Muslim terrorists in Israel, will you know my name? »