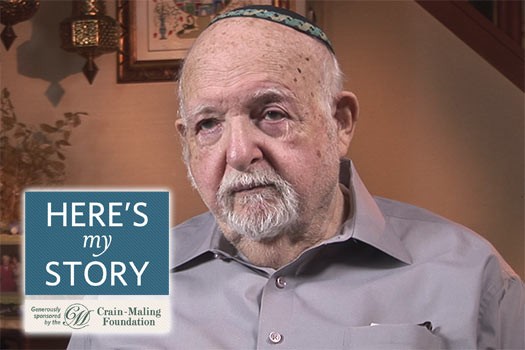 As president, it was my goal to figure out what would be the best thing that Young Israel could do for the Jewish people – not only in America, but also in the Soviet Union. In trying to sort that out, I decided to seek counsel of the sages of the generation. Among those I met with was the Lubavitcher Rebbe.

When I came into the Rebbe’s office – I remember it was a simple room filled with books – I sat across from the Rebbe and he sat behind his desk, never taking his eyes off me. When he spoke, he was very direct. To begin with, he asked, “In which language would you like to speak?” I said “If you don’t mind, Yiddish.” He seemed surprised, “The American president of Young Israel prefers Yiddish?” I said, “Because this is my native language.” And then I asked him, “What do you think should be the primary focus of Young Israel for the next ten years?”

The Rebbe seemed to know everything that was happening with Young Israel. For example, he knew that we had only one kosher kitchen – at Cornell University. So he said to me, “Your primary focus for the next ten years should be Jewish college students who have little Jewish background. And you have to give them a place to congregate – a place that not only has kosher food, but also educates them in Torah. You should organize centers like this on at least ten college campuses.”

I said, “Excuse me, Rebbe, but where am I going to find the money for this?”

With a big smile on his face, the Rebbe replied, “When I ask chasidim to collect money for one of my activities, they get it done. You don’t have those kind of chasidim?”

His other advice was that we should find a common denominator which Reform, Conservative and Orthodox could rally around – some issue that everybody agreed on. One such issue that the Rebbe suggested was opposing missionary activity aimed at the Jews. Another, which he said should be at the top of our list, was supporting Israel.

Our conversation ranged over many topics, and then I asked him, “What can I do for the Jews of Soviet Russia?” I told him that I asked that question because of my family’s Russian roots. I added, “I remember my mother telling me that one of the members of our family was Mordechai Dubin, who made heroic efforts to save the Previous Rebbe when he was arrested in Leningrad.” (I was referring to the Rebbe’s father-in-law, Rabbi Yoseph Yitzchak Schneersohn.)

As soon as he heard that, the Rebbe said, “Come back again. I want to talk to you more about Russian Jewry.”

When we met again, the Rebbe said, “I never give out any information to people outside Lubavitch concerning the way we are helping the Jews in Russia, because of the danger that it would put them in. But I will give you some names and addresses, and I will open other doors for you. However, I have two conditions. The first – if you are going to send them rabbis, send rabbis with beards. Why? Because the average Russian Jew who remembers a rabbi, remembers a rabbi with a beard. If you send in people who are clean-shaven, the Russian Jews won’t accept them. The second – you are dealing with life and death here, so you can’t give any interviews to the press, because you will be putting people in danger. It must be bli pirsum – without publicity.”

I gave him my word. And then he gave me between forty and fifty names of people throughout the Soviet Union. He also helped me with our volunteers, each of whom went over for no more than two weeks.

My task was to train these volunteers. To teach them how to get through customs, what to take with them, what they could or could not write down, what they had to commit to memory, how to make a phone call from a phone booth, how to hail a taxi. For example, I taught them: “Never take a taxi in front of your hotel, and when you give them the destination, never give the correct house number.”

Along the way, I was asked to train volunteers from the Agudah, an organization which was opposed to the secular government in Israel, and which didn’t want to encourage the Russian Jews to make aliyah, to immigrate to Israel. Since this organization was controversial with Israelis, I didn’t know if I should train their volunteers or not. So I asked for the Rebbe’s advice. His answer came back, “If they are going to teach Torah, then absolutely. The more people that can teach Torah, the more Jews will return to Judaism.”

Come Sukkos, 1968, I needed to get into Russia esrogim, the citrons needed for the mitzvah of shaking the lulav, the palm frond.  These tropical fruits were not available in Russia and they had to be imported, but how? The Rebbe advised, “Write a letter to the Russian Embassy and tell them you would like to send ‘fruits of the season’ to the Soviet Union.”

I did that, but they knew well and good what “fruits of the season” were, and they turned me down.

Then, a person I knew, Dr. Maurice Sage – who incidentally was at the Sorbonne the same time as the Rebbe – said he might find a way of smuggling the esrogim in diplomatic pouches. A former African student of the Sorbonne was now an ambassador of his country in Moscow and willing to do this. Again, I consulted the Rebbe, who said, “Make the most of this opportunity. Take small lulavim and esrogim and fill up valises with them.” And that worked like a charm.

But the fact is that the whole operation could never have been the success that it was without the guidance and help of the Rebbe. And I say this publicly wherever I go.

He opened the door for us at a time when only Lubavitch was involved with Russian Jewry. From the time of the Russian Revolution in 1917, when the Yevsektzia shut down synagogues and yeshivas and all rabbis went underground, Lubavitch kept the flame alive. I believe this had to do with the leadership of the Lubavitcher Rebbe – both the Previous Rebbe and the last Rebbe.

Chabad emissaries submitted to the Rebbe’s central authority, followed his directives, and drew strength from his guidance, even if sometimes they risked their lives. This is where the strength of the chasid comes from – his faith in the Rebbe – in knowing that the Rebbe knows best which path he should follow. As the Rebbe certainly did.

Rabbi David Hill served as vice chair of the National Conference on Soviet Jewry and ran Operation Lifeline, which sent American Jews behind the Iron Curtain to teach Torah and distribute religious articles. Rabbi Hill also headed the National Council of Young Israel from 1961-1965. He was interviewed by JEM’s My Encounter with the Rebbe project in his home in Queens in December of 2010: