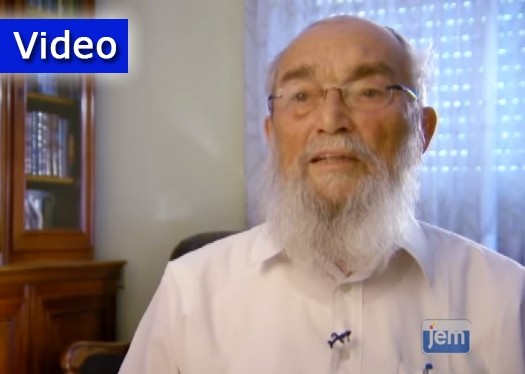 Reb Gedaliah Mazal witnessed the arrival of the Rebbe’s father, Rabbi Levi Yitzchak Schneerson, in Khazakhstan. He had been exiled there by the Soviets for the crime of spreading Yiddishkeit, but defiantly continued to speak out against the evil regime.

Reb Mazal describes the impact his bearing had on all who saw him, his continued activism, and the scene of his passing on the 20th of Av.

The Rebbe’s father was considered one of the greatest Talmudic and Kabbalistic scholars of his generation. He served as the chief rabbi of the city of Dnipropetrovsk, Ukraine, during the bloody Bolshevik revolution and the subsequent Communist oppression. Despite terrible persecution directed at religious leaders in those days, he remained fearless in strengthening Jewish learning and practice in his city and throughout the Soviet Union. Rabbi Levi Yitzchak was eventually arrested, tortured, and subsequently banished to exile in a remote village in Kazakhstan. His spirit, however, was not extinguished, even while his body was broken and eventually gave way to his early passing.