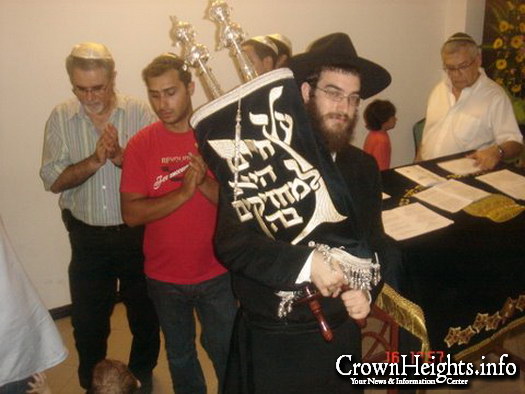 When OK Mashgichim travel around the world, they might find themselves coming back with more than kosher reports and new information – sometimes, they also have amazing stories of hashgocha protis to recount.

The following story is reprinted with permission from the OK Kosher Spirit:

Rabbi Aharon Haskel, Director of OK Israel, had such a trip when he recently travelled to the Far East. Originally, an Israeli importer wanted him to fly to China and then to Vietnam to do a kosher inspection in a new facility. Upon closer examination, it became clear that the proposed itinerary did not leave enough time before Shabbos, so the plans changed and Rabbi Haskel headed to Vietnam first.

Initially, Rabbi Haskel planned to make the trip on his own, but, at the last minute, he decided to bring along another mashgiach, Rabbi Simcha Steinberg, who could visit existing production sites while Rabbi Haskel left to make initial kosher visits in new facilities.

The first stop in Vietnam was Ho Chi Minh (formerly Saigon). There Rabbi Haskel left Rabbi Steinberg to take care of the kosher production work and Rabbi Haskel took a domestic flight to a distant part of Vietnam where he was scheduled to visit a new facility. Shortly after landing, Rabbi Haskel received an urgent phone call from Rabbi Menachem Hartman, the Chabad shaliach in Ho Chi Minh. (OK Israel has a warm relationship with this Chabad house, as it has with many others. The OK also donated the library for this Chabad House, in memory of Gavriel and Rivki Holtzberg, HY”D.) The shaliach told Rabbi Haskel that a Jewish family from England, who came to vacation in Vietnam, had suffered a terrible tragedy – the wife suddenly passed away. The shaliach had never been in this kind of situation before, nor did he know how to proceed with all of the proper arrangements according to Halacha and the local law.

Rabbi Haskel, due to the distance, could not help the shaliach himself, but he knew exactly who would be able to help: the other mashgiach, left behind in Ho Chi Minh. Rabbi Simcha Steinberg is a veteran member of the Chevra Kadisha (Jewish Burial Society) and of ZAKA (Jewish Rescue and Recovery), and with his halachic knowledge and practical experience he could guide the shaliach, make the necessary arrangements, and make sure that Kovod HaMeis – the dignity of the dead – would be kept. He also stayed with the hart broken family over Shabbos, explained the relevant halachos, and helped in any way he could.

It wasn’t in the initial plan to send Rabbi Haskel first to Vietnam. Nor was it expected that he would take another rabbi with him. But the plans changed at the last minute, just to provide great relief and support to a Jewish family in the midst of their grief.

Kosher work demonstrates how one mitzvah leads to another. A mashgiach goes away for the sake of kosher supervision and finds himself doing a bonus mitzvah…in this case, a chesed shel emes. Sometimes we get to see and realize the Divine Providence and sometimes we don’t, but either way we know everything happens for a reason.