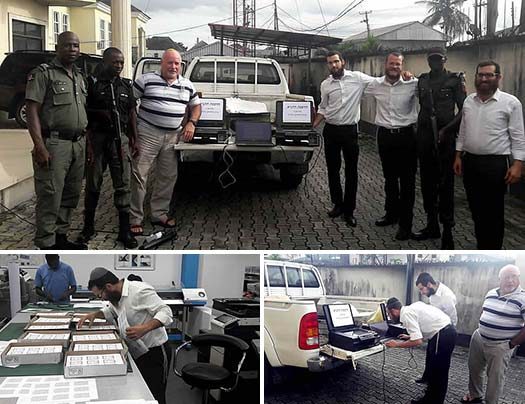 Interest in Chassidic teachings and Torah study are on the rise in Nigeria, according to Rabbi Israel Uzan, co-director of Chabad Lubavitch of Nigeria. And now, those wanting to learn have some more tools at their disposal.

A recent project to print the Tanya in cities around the country sparked a weekly class in Abuja, the country’s capital, and several weekly classes over the phone with those in other parts of Nigeria, says Uzan. The Tanya, the foundational work of the Chabad movement, was authored by Rabbi Schneur Zalman of Liadi, founder of the Chabad-Lubavitch movement.

The project comes out of a campaign that the Rebbe—Rabbi Menachem M. Schneerson, of righteous memory—started in the late 1970s to bring the teachings of chassidut around the globe with the participation of local communities, explains Uzan. Previous printings of the Tanya there include the first Nigerian edition, which was printed in 1978 in the city of Aba, and a printing in Lagos in 1984, he says.

Uzan and his wife, Haya, are based in Abuja but serve people all over Nigeria. Rabbinical students are also dispatched to Lagos, Port Harcourt, Ibadan and Benin City for Jewish holidays, with Chabad sending holiday packages to even more parts of the country. Throughout the year, they offer community members—many of them Israeli—a Jewish school; bar and bat mitzvah classes; programs for teens and kids; and Torah classes for men and women. The rabbi holds a weekly minyan, and a brand-new mikvah opened earlier this year for women in the area.

Chabad of Nigeria is a branch of Chabad-Lubavitch of Central Africa in Kinshasa, Congo, which is run by Rabbi Shlomo and Miriam Bentolila.

‘Spread Any Drop of Judaism’

Mendy Sternbach, 24, traveled more than 5,000 miles from Brooklyn, N.Y., where he lives, to Lagos for the past four High Holiday seasons to help serve the community.

This past summer, Uzan discussed with him where rabbinical students would go to share the holidays with Jewish residents when the idea of printing the Tanya locally came up. They put a plan into action for the fall, purchasing two printers. After printing the text, they used local shops to cut the paper sheets and bind them into books.

“The Rebbe encouraged the printing of the Tanya in every city with a Jewish population, so we printed in the individual cities, and just had them bound in Lagos and Abuja,” where Chabad has full presences, he explains.

Yair Serrano, 52, hosted the printing of the Tanya in Ibadan, one of the most populous cities in the country. Serrano, who is originally from Chile but has lived in Israel since the age of 19, moved to Nigeria for work nearly seven years ago. He says he was glad to help facilitate the effort, which in his area took an entire day.

The Tanya is tied to Chabad, which to him symbolizes a connection for Jews to their roots. Within the Tanya, attests Serrano, is tremendous wisdom. “It is important to spread any little drop of Judaism not only among our community, but around the world,” he says.

Sternbach notes that they printed in six locations, traveling largely by plane between cities—flying with the printers, boxes of paper, kosher food for themselves and kosher food for the local communities (moving by truck once grounded). They printed 100 copies in each city they visited, and after binding the texts, sent them back to each respective community. Most of the printing took place around Yom Kippur and Sukkot, finishing in October.

“We tried to visit as many places as we could,” says Sternbach. “Sometimes, it took a few hours; sometimes it took more than a day because there was no electricity.” Community members often joined them for the printing, sharing words of Torah, and singing in celebration during the process. “We want the community to be involved; we’re stronger together.”

Now, 600 copies of the Tanya are available for study in Nigeria. (Another project Sternbach was involved in this year brought 300 pairs of glasses to children in the country with the assistance of a New York store owner.)

“I can say that we were all very successful in this mission,” he says. “We saw the thirst it brought out; people want to connect with their roots and get a better understanding of their Judaism, as well as bring blessings to Nigeria.” 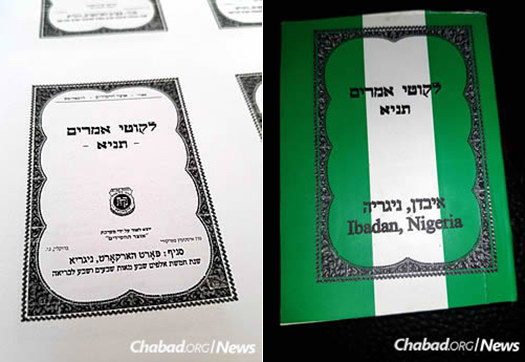 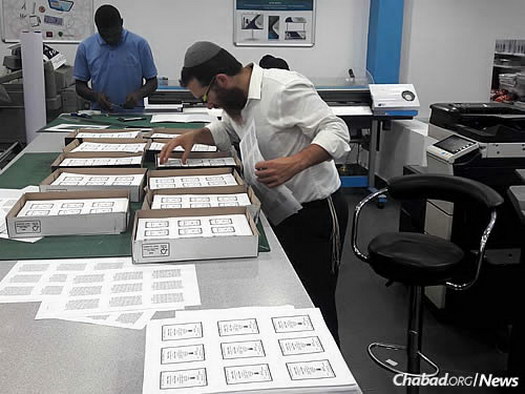 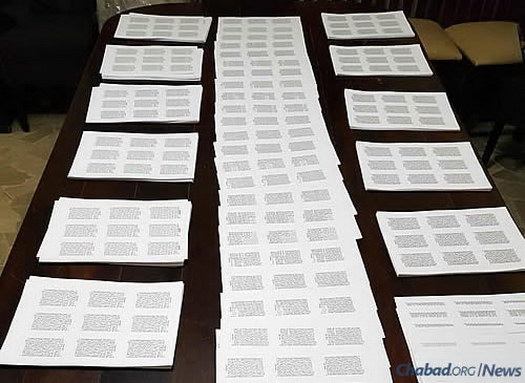 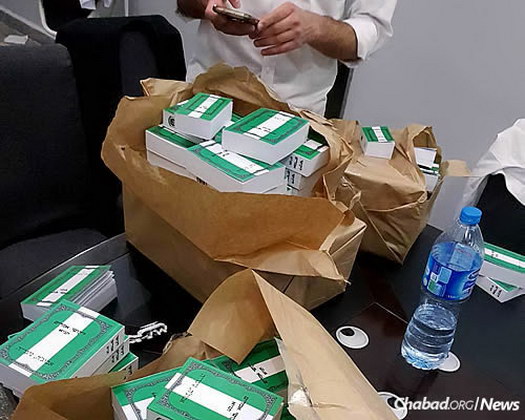 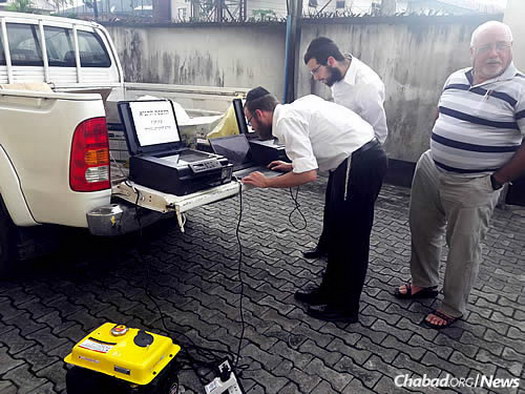