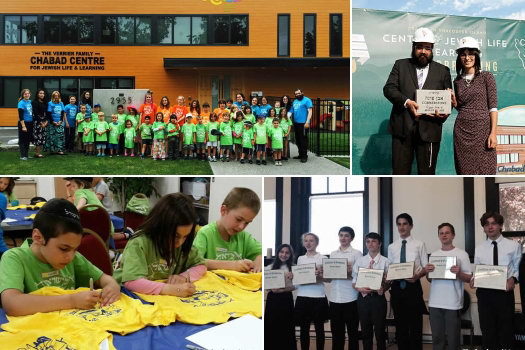 From Chabad.org by Mindy Rubenstein:

It’s been a year since the doors of a brand-new Jewish center opened on Vancouver Island, the majestic outpost in the northeastern Pacific Ocean tucked off Canada’s coast, north of Seattle. In fact, the Chabad Centre for Jewish Life and Learning represents the first new synagogue there in 150 years. A synagogue, now a historic landmark, was built on the island in 1863, during the height of the gold rush in British Columbia.

Known for its mild climate, breathtaking beauty and thriving arts community, Vancouver Island rests beneath a backdrop of distant snowcapped mountains. On its southern tip is Victoria, the capital of British Columbia.

From beaches to plentiful parkland, the island is a destination for hiking, biking, camping and surfing. It’s also gained attention for events and programs for Jews of all ages and backgrounds.

Michael Friedman has lived in the area for the past two decades, calling it “paradise on the coast.”

While the island itself has a population of about 750,000, about half of them live in and around the municipality of Victoria.

Friedman and others estimate that some 1,500 to 2,000 of those residents are Jewish. A core of about 50 families frequent Chabad on a regular basis, but on Jewish holidays, hundreds of people attend prayer services and celebrations, as expected during this High Holiday season.

While Friedman leans towards more traditional Jewish observance, he says he enjoys Chabad’s inclusivity—the fact that “it’s open to everyone.”

‘On a Historic Scale’

Chabad-Lubavitch emissaries Rabbi Meir and Chani Kaplan settled in Victoria in 2003, where the new 10,000-square-foot Chabad center is now situated.

“We started out like many shluchim, working from our living room,” says the rabbi, a native of Tzfat, Israel. (His wife was born in Montreal and grew up in Oak Park, Mich.) “It took three years until we had our first minyan.”

The couple eventually rented a 2,000-square-foot space, which they used for 10 years. But it became clear that they needed a permanent location. The newly built center offers three times the amount of room as their former space. The official grand opening was celebrated last year before the High Holidays, and the community is now preparing for its second year in the state-of-the-art facility.

It is known, emphasizes Kaplan, for its “welcoming atmosphere and acceptance of all. People appreciate that Chabad cares for them and their families. It’s about not being judged, but being respected for who you are.”

Like the thousands of Chabad centers around the world, this one, note the Kaplans—the parents of nine children—offers “authentic Yiddishkeit that is inspiring and gives meaning to life.”

Most of the funds for the center were raised locally—nearly 4 million in Canadian dollars (about $3 million in U.S. currency)—from individuals who come to shul and “felt this was an opportunity to do something on a historical scale.”

In addition to the synagogue, the new facility includes a mikvah, social hall, day-care center, preschool, library and central fireplace (this is Canada, after all), classroom and office space, and commercial kosher kitchen.

Keeping with the artistic flair of the area, decor comes from local artists, including paintings representing the 12 tribes of Israel, a paper-cut glass mechitza, the designed door to the aron kodeshand side-by-side artwork that adorns an entire wall in the community room. A sculpted wash basin was created from a vessel found during excavation. The front door of the synagogue was carved from an area tree that needed to be taken down (then milled on site), rather than discard it.

“We could almost liken this to the building of the Mishkan since so many people generously contributed their talents and their treasures to making our Chabad center possible,” says Lindy Shortt, who has lived in Victoria for nearly 35 years with her husband, Shmuel, and their family. They have been active in the Jewish community all of that time and for the past decade have frequented Chabad of Vancouver Island.

At last year’s grand opening, attend by hundreds of community members and guests, she recalls palpable feelings of joy and support. Rabbi Yehuda Krinsky, chairman of Merkos L’Inyonei Chinuch, the educational arm of the Chabad-Lubavitch movement, served as keynote speaker.

“So many people commented that our new shul really felt as though we had arrived ‘home,’ and many felt as though we had always davened in this beautiful and peaceful space,” relates Shortt. “But a building is just a building—no matter how beautiful—without the guidance, love and commitment of a wonderful rabbinic family. G‑d knew that the Jews of Vancouver Island, on the most westerly part of Canada, needed the Kaplans.”

Located in a quiet neighborhood, the community center sits adjacent to Topaz Park, with its mossy grounds and multi-age-designed playground. On the other age range, adult-education classes and study groups are held weekly, and the occasional art class keeps with the local vibe.

Chani Kaplan runs a growing preschool and Hebrew school, as well as the Gan Israel summer day camp that serves the Vancouver Island community. CTots and CTeens offer that take place in the enormous wood-toned children’s room for the little ones and for the older kids, sometimes outdoors near the fire pit.

“Accommodating young families is a main concern,” she says, stressing that “we want every parent and child to feel welcome and comfortable.”

Tzedakah, of course, is also a priority. The center prepares and sends meals to those in need in Victoria and beyond. “The Light of Shabbat” project, aided by volunteers and responsible for sending weekly Shabbat food packages to homes on the island, has expanded significantly within the enhanced facility.

It’s all part of caring for one another—of continuing existing communal ties and working to make them even stronger.

That’s the essence of the new center, states veteran resident Friedman: “A beacon that will attract Jews from the entire region.” 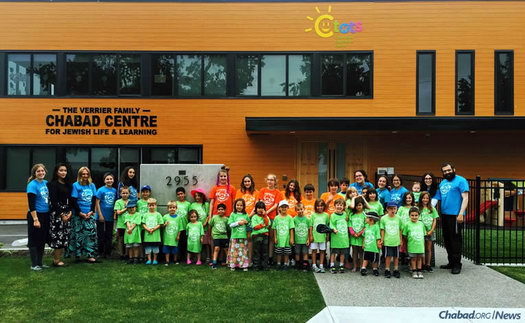 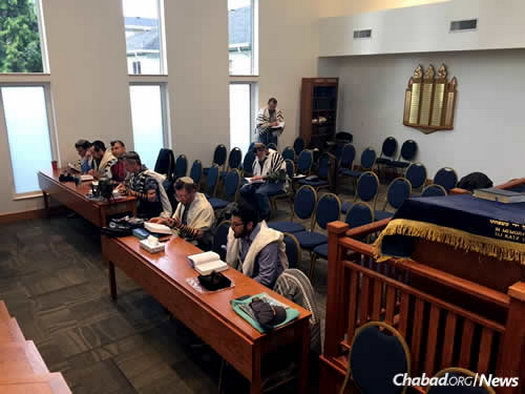 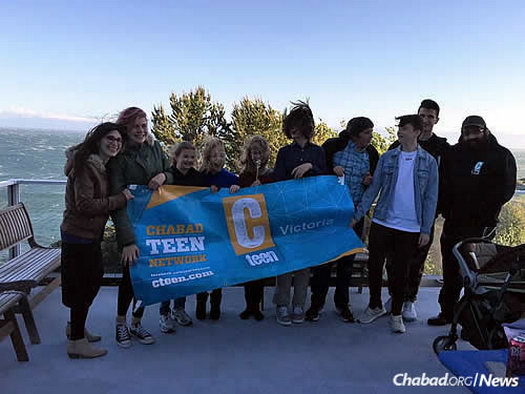 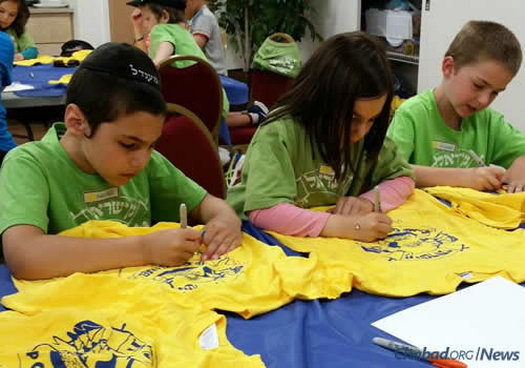 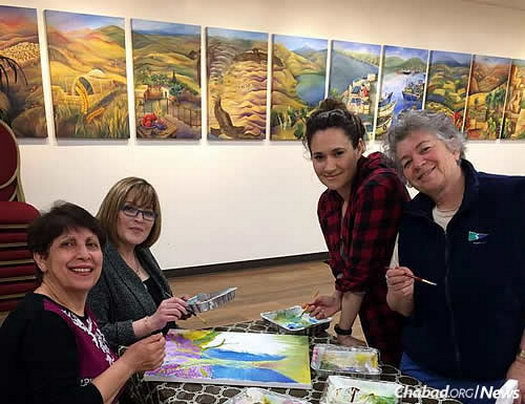 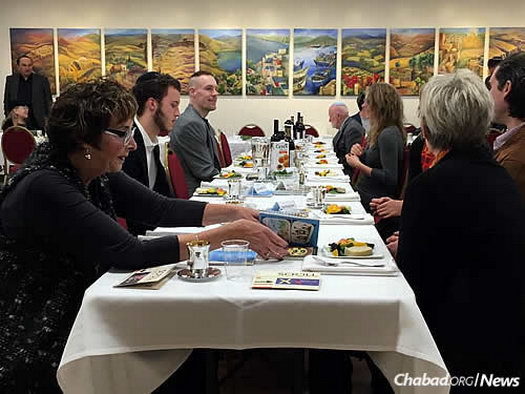 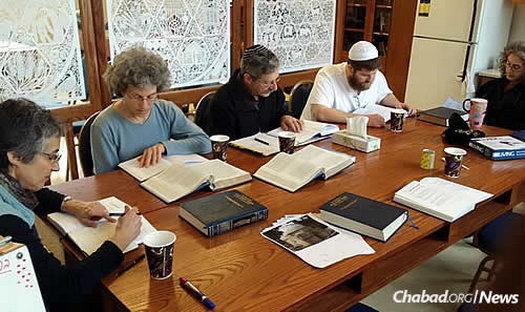 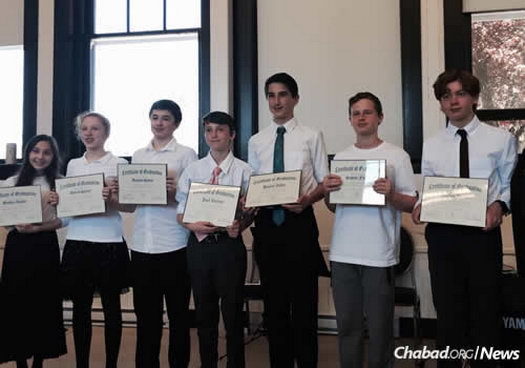 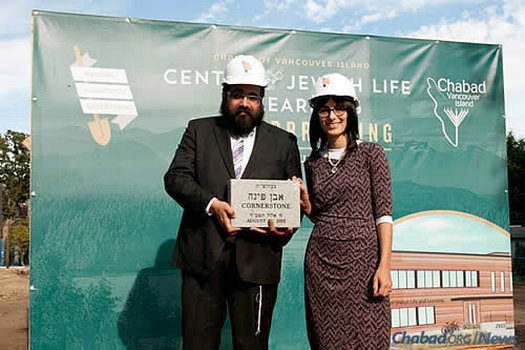 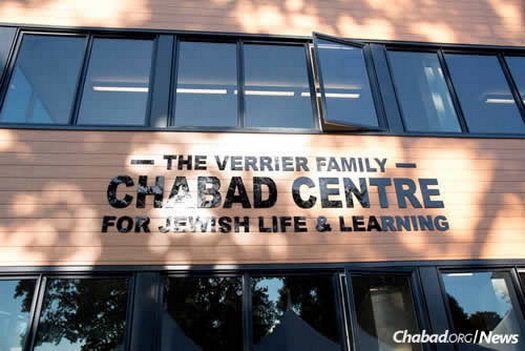 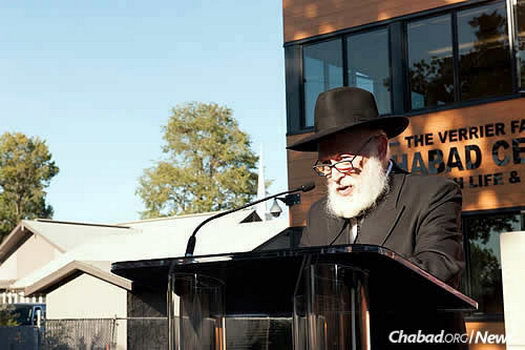 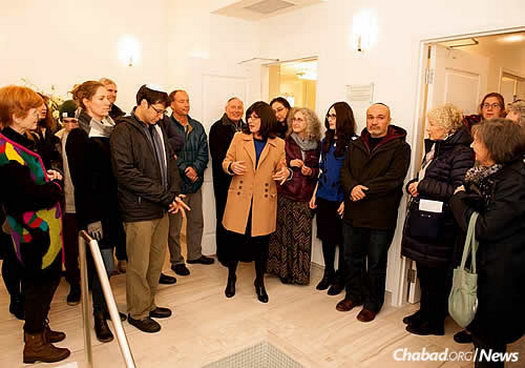 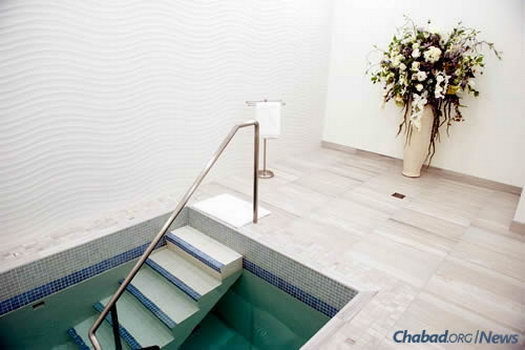 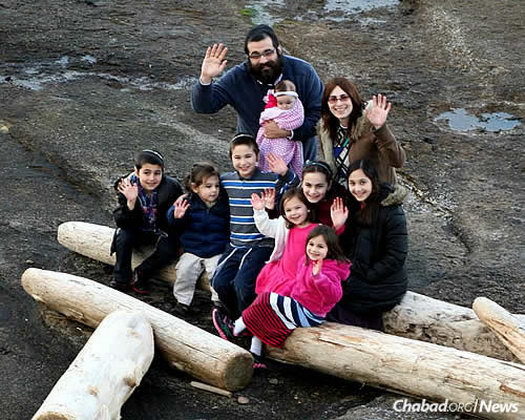