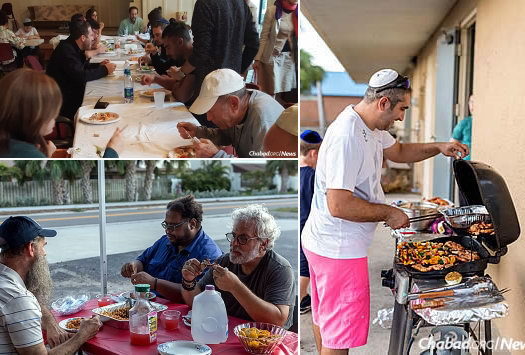 As many as 100 Chabad Houses across Florida have been opening their doors to neighbors, community members and others in need, serving freshly cooked meals to those without power and, in some cases, without homes to return to.

On a good day, getting fresh kosher food in Naples, Fla., can be a challenge, as there are no restaurants or dedicated kosher markets in the city.

But these have not been good days. Not since Hurricane Irma unleashed fury across the Florida Peninsula—downing trees, flooding streets and shattering roofs throughout the state.

“People here are out of power, out of everything,” declares Rabbi Fishel Zaklos, co-director with his wife, Ettie, of Chabad of Naples on Florida’s southwest coast. “We don’t have power ourselves, but someone came by today to donate a generator and gas. Our house has roof damage and a leak, and there’s exterior damage.

“But,” he tells Chabad.org, “now is the time to help others in every way we can.”

More than 20 people have died as a result of the storm that has officially broken record books for the potency of an Atlantic hurricane. Millions remain without power, even as temperatures in Florida and the Caribbean soar into the upper 90s, and that’s not counting the humidity.

With that in mind, as many as 100 Chabad Houses across Florida are opening their doors to neighbors, community members and others in need, serving freshly cooked meals to those without power and, in some cases, without homes. In those areas where Chabad Houses are intact, and either have electricity or are operating on generators, Chabad-Lubavitch emissaries are also offering a place where people can sit in air-conditioning, recharge their cell phones, get a hot or cold drink, as well as company and some moral support.

“On Monday night, 4,000 people partook in meals at Chabad centers,” says Rabbi Mendy Gutnick, co-director of Chabad of West Parkland with his wife, Estie. “It’s really unbelievable. We are planning to increase that number. We have a Chabad center in Lake Worth with a commercial kitchen, and organizers are trying to produce 1,000 meals there alone to deliver to people in need.”

To help feed so many people—not just in Naples, but around the state—Chabad emissaries have turned to kosher stores and restaurants that have deep freezers.

Among those who have stepped up to help is the owner of Aroma Market & Catering in Cooper City, Fla., near Aventura in southeast Florida, just north of the long strip of land that comprises the Miami metropolitan area.

Each week, Aroma typically delivers a fresh supply of kosher food to Naples, in addition to being a key resource for people in its own neighborhood. Since the storm, company employees have cooked hundreds of meals to send out to Chabad of Naples and elsewhere.

“We served about 500 kosher meals on Tuesday night to people in our community,” says Zaklos. “We had a little barbecue and pretty much liquidated what we had in our freezers. I reached out to Gil Riback, the owner of Aroma, and he is coming through in a major way to help our community.”

People in Naples have the option to eat at the Chabad House or take food with them. The rabbi and a group of volunteers will deliver food to the homebound.

Across the peninsula, in the retirement community of Century Village in Deerfield Beach, Rabbi Yossi Goldblatt and three of his children have been ensuring that elderly residents there get a hot meal and some companionship.

“There are still some residents who don’t have power back,” reports Goldblatt. Many seniors in his development also rely on the Century Village shuttle buses to take them to stores and restaurants, and they are not running.

“We went to some houses yesterday, and the people said, ‘No, thanks, we’ll find someplace to go out to dinner.’ And we had to explain that there was no place open, and if they wanted a hot meal, this was it,” the rabbi recalls, noting that some people had planned just to open a can of tuna fish and were overjoyed to get the meals. “Seniors, by nature, don’t buy in bulk the way large families do, and no one knows how much longer the power will be out.”

Goldblatt estimates that he and his children delivered more than 30 meals, all of which were prepared by volunteers from the Chabad Israeli Center in nearby Boca Raton.

Because many residents of Century Village live there only seasonally in the winter, Goldblatt has made arrangements with a few of those condo owners whose units have air-conditioning to temporarily house those without power.

Having a place to go with electricity, says Goldblatt, “can make a very difficult situation more tolerable, especially for families with young children.”

‘Standing Strong and Proud Together’

Concern now is for the days to come. Food that had been packed in fridges and freezers is starting to spoil in areas without electricity, and restaurants in many areas remain shuttered.

Gutnick reassures that they are working with people in New York to ship down food for the rest of the week. Then it’s on to High Holiday preparations; Rosh Hashanah begins on the night of Sept. 20, just a week away.

“In addition to helping with basic needs right now, we have to figure out where people can go to High Holiday services since some Chabad Houses may not be operational,” says Gutnick. “In addition, people look to the synagogue for a lot of their holiday needs, which we want to provide. We are trying to plan how we will host meals for the community if there are still areas without power.”

Zaklos says he is grateful to all those volunteering to help deliver meals and supplies to people in need. “We could not have done this without the moral support, standing strong and proud together. It really gave us the encouragement, just knowing they are there to help.”

Adds Goldblatt: “For many people, when the hurricane passed, that was it. But for many others, the aftereffects will continue for days to come. And there’s no question that we are dedicated to do everything we can for them.”

Click here to help with Chabad’s relief efforts in Florida. 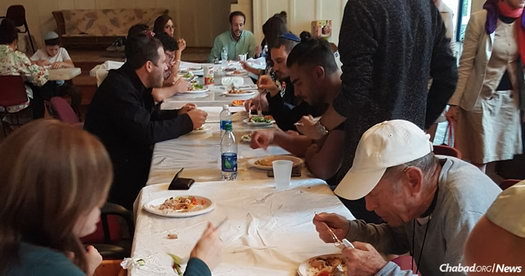 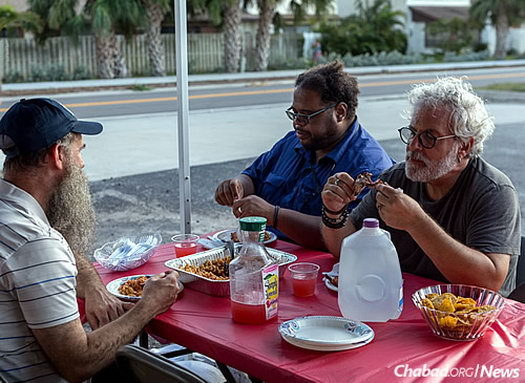 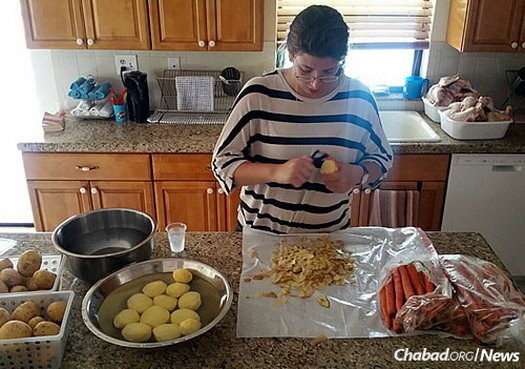 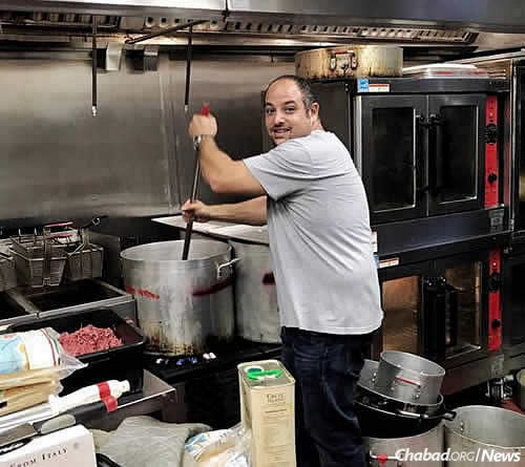 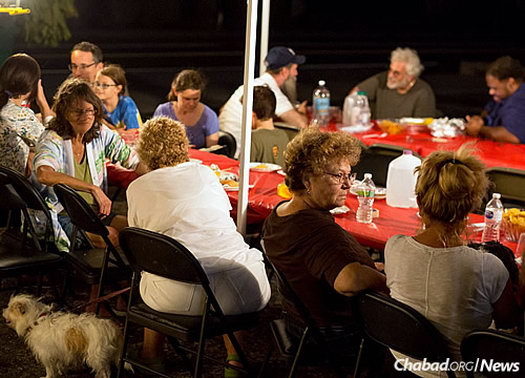 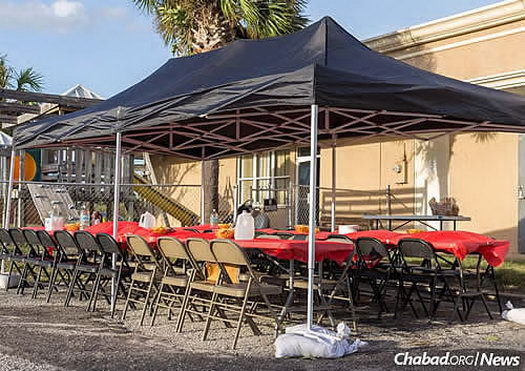