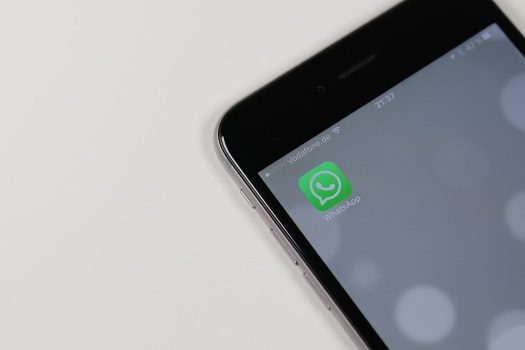 From the Canadian Jewish News by Dorothy Lipvenko:

Adam Spiro is on call, available at the short notice of a cell-phone alert to attend the burial of a total stranger. The same goes for Jay Gotteiner, a fellow congregant at Chabad’s Montreal Torah Center (MTC), who gets an identical notification on his mobile when a graveside minyan falls short.

Spiro and Gotteiner have joined a group of about 20 men who volunteer to help make a minyanat burials as the need for a quorum of 10 males becomes evident during funeral preparations. This allows for the recital of Kaddish (the Mourner’s Prayer).

The men are notified of the need for a minyan on the newly created Bereavement Minyan WhatsApp group chat. The app spreads the word quickly and efficiently, allowing its originator and manager, Rabbi Levi New of MTC in suburban Hampstead, Quebec, to contact his network of volunteers when their response has been sufficient.

“It’s not always writing a cheque that’s important,” said Gotteiner, a 56-year-old businessman. “This is a mitzvah. Every Jew is connected . . . and the person [whom you are doing this for] cannot pay you back.”

Spiro agreed. “As a Jew, there’s a responsibility to every other single Jew to take care of not just the body, but the soul,” he said. “The single greatest kindness you can do for someone who died is to take care of them with a proper burial because [the recipient] cannot reciprocate.”

The minyan launched in May, unexpectedly. No sooner was a planning committee meeting under way than Ross Paperman, a director of Montreal’s principal Jewish funeral home, pressed the fledgling service into action for a woman’s funeral the following morning.

“There are people who fall out of social circles, don’t have a social network or don’t have extended family here,” Paperman said of personal circumstances that contribute to a sparsely attended graveside requiring help with a minyan. “The bereavement minyan is a great project” answering a time-sensitive need.

‘Every Jew Deserves a Kaddish’

Montreal is not alone in this. In recent months, news stories from the United States and Israel have shown complete strangers responding after word was posted on social media of the plight of elderly Jews who died alone.

In Israel, a group of police officers spontaneously attended the graveside of a Holocaust survivor, and Kaddish was said. Last August, the daughter of a New Jersey rabbi officiating the burial of an elderly woman with no one to attend appealed for mourners through her Facebook page. About 30 people, none of whom knew the deceased, came to her funeral.

To enlist community support for the bereavement minyan, Rabbi New has cast a wide net for volunteers with a recent ad blitz in several local shul bulletins and newsletters. The ad notes, “Every Jew deserves a Kaddish. You can make that possible,” reinforcing that appeal with a reminder that “there are, sadly, occasions when a burial takes place without the presence of a minyan and, therefore, without Kaddish.”

He aims to broaden the minyan’s reach to include families sitting shiva, in order to enable Kaddish to be said at prayers during the weeklong mourning at home. It’s an ambitious goal in keeping with honouring the legacy of his late uncle, Chaim New, for whom the “L’Chaim Project” is named, and which includes the bereavement minyan initiative.

As Rabbi New tells it, his uncle—who had resided in Melbourne, Australia—was once at a cemetery when he noticed a very small group in attendance in the distance. Walking over to the site, he learned an elderly Holocaust survivor was being buried without a minyan. That got him thinking what could be done in similar situations lacking a quorum for Kaddish, which led to an initiative that helped ensure a minyan for mourners who need it.