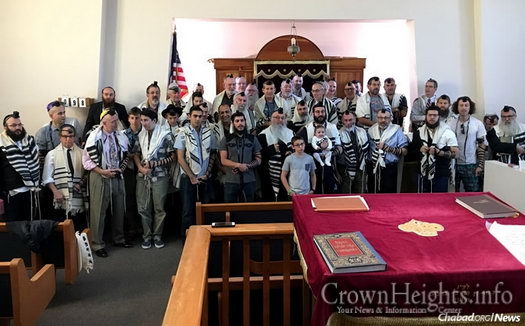 When Rabbi Yossie Shemtov turned 60, community members didn’t give him a tie or a gift certificate. Instead, nearly 60 men surprised him on his Hebrew birthday, each one wearing tefillin.

It all began when the synagogue president, Jeremy Lite, sent out an email a few days before with the following message: “Rabbi Shemtov is celebrating his 60th birthday this Monday, and we’d like to surprise him. The idea is for 60 men to come to shul and put on tefillin. It will be followed by a delicious breakfast. Can you make it?”

It turns out that many could.

In addition to serving as executive director of Chabad of Tucson, Ariz., Shemtov is also senior rabbi of Young Israel of Tucson, where the surprise took place.

As person after person trickled into the sanctuary for 6:30 a.m. prayers, it dawned on the rabbi that something was afoot. Even as services were underway, the rabbi and his son-in-law, associate rabbi Yehuda Ceitlin, were busy helping men into tefillin and tallit. While about 50 men showed up that morning, another 10 put on tefillin later that day at visits with Shemtov.

Keya Tehrani, owner of the Coffee Exchange shops who collaborated this year with Chabad Tucson to host “Chanukah Night Out” at his nightspot, Club XS, said “it was very creative to get everyone here to celebrate such an occasion. This initiative has an additional impact, at least for me.”

Tehrani has attended morning services more often since then. “I start working early in the morning, so I usually only come on Shabbat. Coming on that Monday morning for the rabbi’s birthday made me think that I can do this more regularly and still make it on time to work.”

Trial lawyer Douglas Levy, who was notified by a friend the night before about the surprise prayer, acknowledges “not deriving much enjoyment out of getting older and older.”

But he said he gained a different perspective after Ceitlin told him: “When we reach another birth date, it is G‑d’s way of telling us that He still needs us in the world.”

The birthday surprise comes as Jewish communities worldwide mark 50 years since the Lubavitcher Rebbe—Rabbi Menachem M. Schneerson of righteous memory—launched the Tefillin Campaign just prior to the outbreak of the Six-Day War.

“You saved me a trip,” the rabbi joked to the crowd before they all headed off to breakfast. “I was planning on visiting each of you and asking you to put on tefillin in honor of my birthday, but now I don’t need to.”

To keep the momentum going, Shemtov has announced the establishment of the Chabad of Tucson Tefillin Fund. “The goal is to subsidize a pair of authentic tefillin for Jewish men committed to putting them on regularly,” he said. Chabad will cover part of each pair of tefillin for those who make the commitment.

“My hope,” said the newly 60-year-old, “is that this fund will unite Jews across the spectrum of our community around prayer and blessings.” 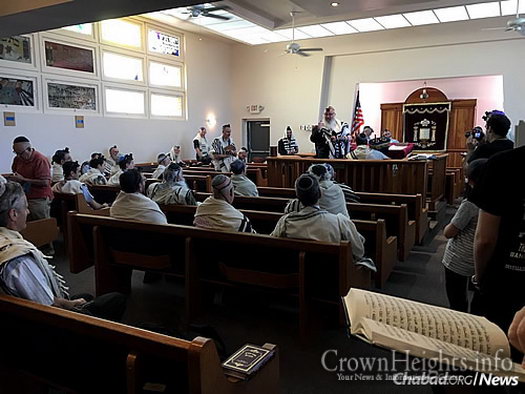 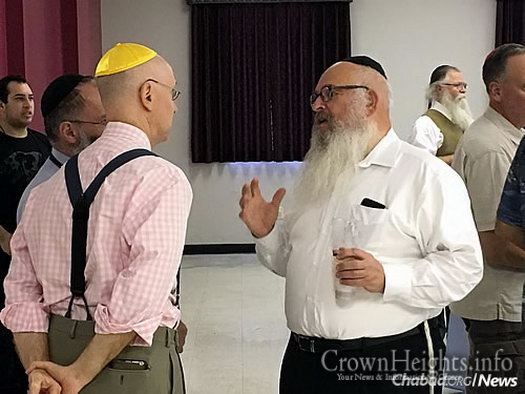