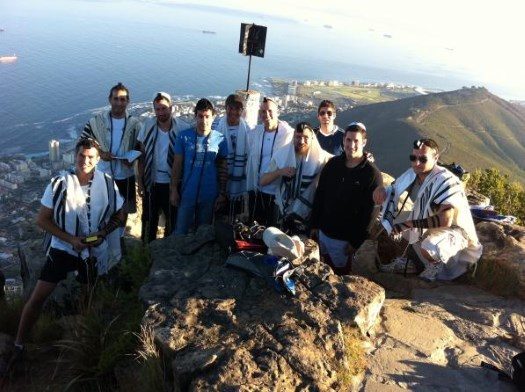 This week marks the 50th anniversary since The Lubavitcher Rebbe, Rabbi Menachem Mendel Schneerson, launched the global tefillin campaign in the days before the Six-Day War, when he publicly called for every Jew to fulfill the mitzvah of donning phylacteries. In the half century that’s passed since then, tefillin has become synonymous with Chabad on a global scale–and they aim to keep it that way.

In 2005, The Shluchim Office, a global Chabad resource center, established the International Tefillin Bank with the help of Rabbi Sholom Ber Lipskar, founder of The Shul of Bal Harbor, Florida, and the generosity of Charles Kushner and Holocaust survivors Yaakov and Chana Weinbaum.

The Tefillin Bank’s commitment was to ensure that nothing held back any Jewish man from putting on tefillin every day. Through the bank, The Shluchim Office distributed thousands of tefillin sets to Jewish men in 35 different countries who committed to fulfilling the daily mitzvah.

The Shluchim Office is pleased to announce that the Ichikowitz Family Foundation, sponsors of the South Africa-based Ichikowitz Family Tefillin Bank of Africa, are joining in as partners in a unique global initiative.

Thanks to their generosity, the Tefillin Bank is readying for a summer reopening in ten countries: Africa, Azerbaijan, Brazil, the Caribbean Islands and Puerto Rico, China, Hungary, Mauritius, Mexico, Morocco, and Portugal.

The bank will use a new, sustainable distribution model conceived by Tefillin Bank of Africa founder Rabbi Dovid Wineberg of Cape Town, who operates the local bank under the auspices of Lubavitch Foundation of Southern Africa. Local sponsors will be involved as partners in the initiative, working together with the Ichikowitz Family Foundation and The Shluchim Office to distribute tefillin in their regions.

The Tefillin Bank’s Brazil branch will be operating thanks to the local partnership of Mr. Arnaldo Pasmanik in loving memory of his parents Henrique and Beatriz Pasmanik.

The Ichikowitz Family International Tefillin Bank will be reopening this upcoming summer and expects to expand to include new countries within the year.