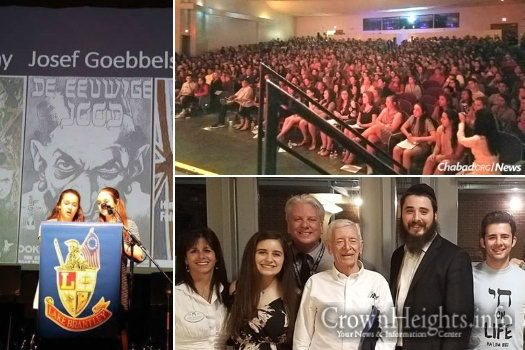 After swastikas were drawn on the entrance to Lake Brantley High School in Altamonte Springs, Fla., Jewish students were prompted to hold a program fostering awareness and education, complete with visuals, guest speakers and the assistance of the local Chabad.

Alana Halperin says it’s not unusual to discover a swastika or other hurtful symbols scrawled or carved on school property at Lake Brantley High School in Altamonte Springs, Fla., a suburb north of Orlando.

“It just happens sometimes,” says the 16-year-old junior from nearby Longwood. “You look down at a desk or something, and you see that someone carved something into the wood, probably not even knowing what it is or how it makes others feel.”

Things came to a head earlier this school year when swastikas were painted at the building’s entrance, and the school took some time before covering them up with fresh paint.

In response, she and her fellow members of the school’s Club L’Chaim (a Jewish culture group with about 15 members) banded together with Rabbi Mendy Bronstein of Chabad of Altamonte Springs to host an evening of awareness and education.

In addition to students and school officials, Gene Klein—a Holocaust survivor and author originally from Hungary—was invited to share his personal story of survival and his powerful message of not standing by silently in the face of hate.

Under the guidance of Dan Smith, a speech and debate teacher who mentors the club, the students planned the program, and spread the word via social media and posters they hung up around the school.

Halperin says she was gratified to learn that many teachers in the school encouraged their students to attend, and principals of other schools publicized the event as well, extending the buzz far beyond their immediate circle.

The students had originally expected about 50 people to show up in the school’s community room. But as reservations continued to pour in, especially after the county gave its endorsement to the event as well, they realized they would need more room. The overflow crowd ended up filling the school’s 700-seat auditorium, with many people standing in the aisles.

Turning the Negative Into a Positive

Addressing the crowd on April 26, the rabbi urged using the negative incidents as a springboard for positive action, increasing Jewish awareness, engagement and inspiration.

Halpern reports that many of her friends approached her afterwards to tell her how emotionally moving the speakers had been and how their words seemed to change perspectives on Judaism and anti-Semitism, including their own.

Bronstein says he is planning to join Club L’Chaim for a monthly kosher food club, where students will have the opportunity to discuss Jewish identity and ask questions about their heritage. There is also talk of creating an annual community-wide awareness event to maintain the goodwill that has been generated.

Looking back at the chain of events, Halperin, who was one of the featured speakers on Wednesday night, echoes a thought she had heard from Bronstein: “In a way, we are grateful to those who did the harm. Through their ignorant actions, we are able to educate those around us, and stand up for ourselves and our beliefs.” 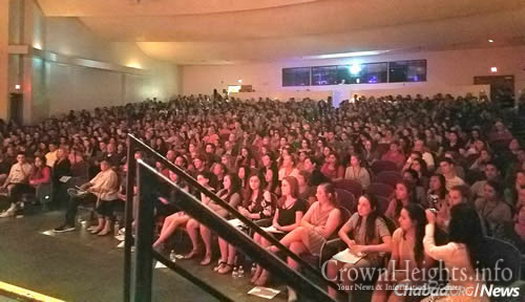 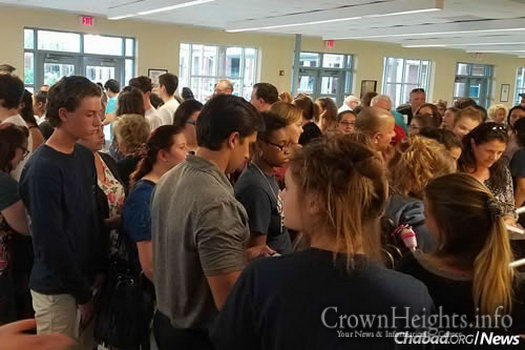 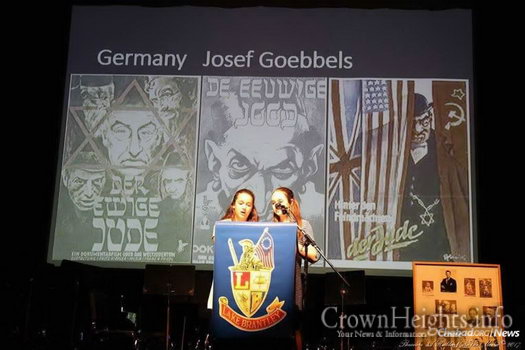 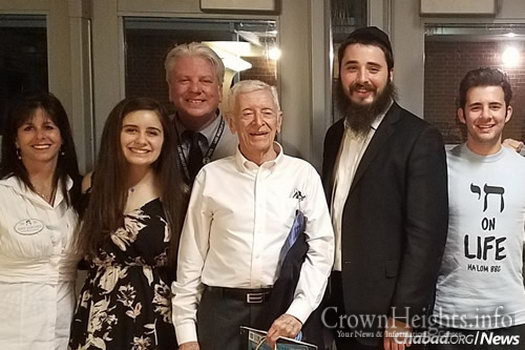