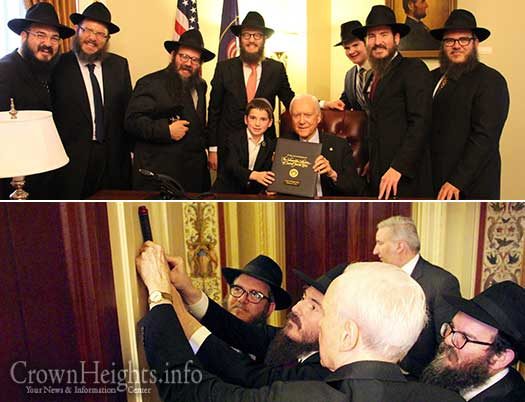 Yesterday, six Chabad Shluchim met with United States Senator Orrin Hatch in his current office in order to discuss the efforts to return the “Schneerson Library” from Russia.

On Twitter Senator Hatch declared himself a “longtime friend of Israel and the Jewish people, has worn a Mezuzah around his neck for many years.” He posted photos with the group as they affixed Mezusos to his office door, “today the rabbis kindly dedicated and blessed a Mezuzah for the door of Senator Hatch’s President Pro Tem office” he wrote.

Senator Hatch has led an effort to recover the library, circulating a letter that has been signed by all 100 senators urging Russian president Vladimir Putin to return the library. “For the last 25 years this group has sought to recover a collection of their sacred texts central to their religious life” wrote Senator Hatch. 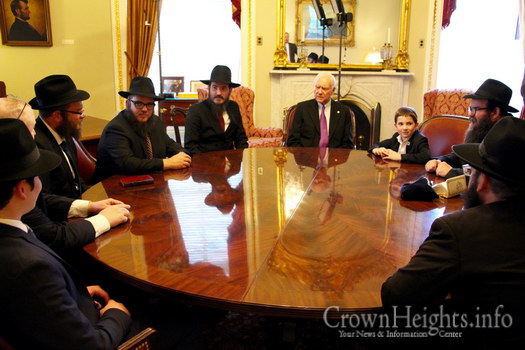 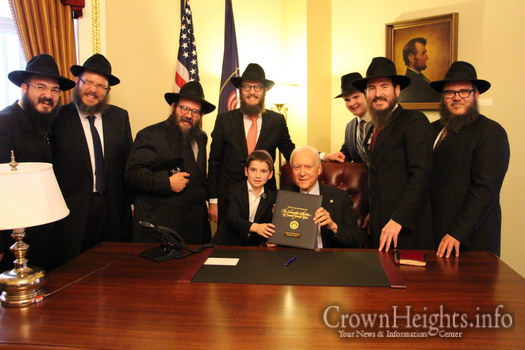 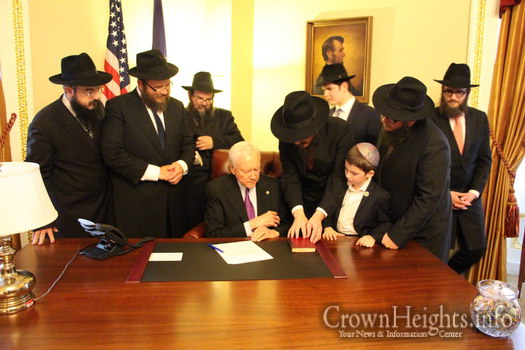 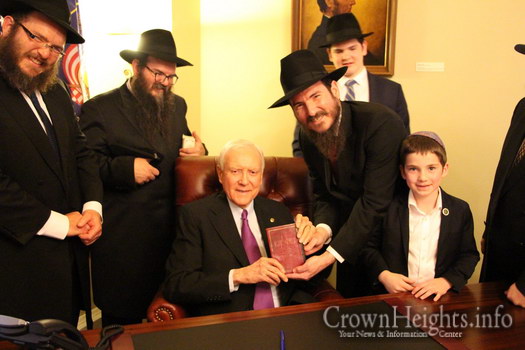 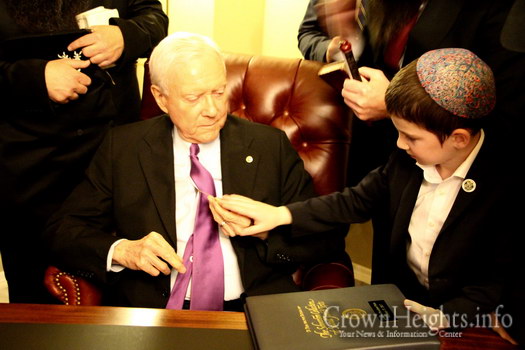 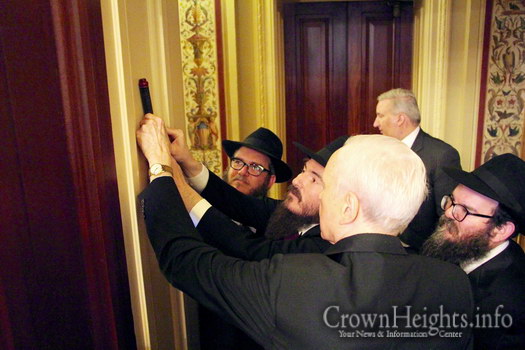