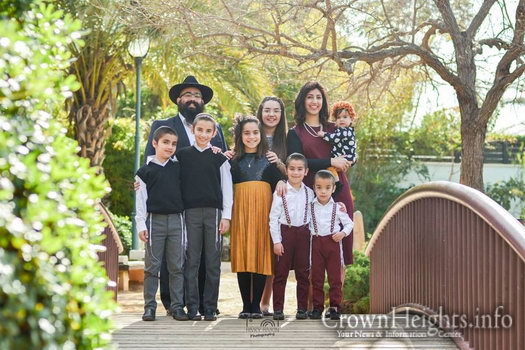 The Edelkopf family in Sochi, Russia.

An American-born Chabad rabbi who has served the Jewish community of Sochi in southwestern Russia since 2002 was ordered to leave the country within three days under a provision dealing with threats to national security.

Rabbi Ari Edelkopf, a father of seven who grew up in the United States and lived in Israel before settling in the Black Sea resort city of Sochi as Chabad’s envoy there, wrote on Facebook on Sunday that he was informed of the decision without receiving further information on specific allegations.

Amid a crackdown in Russia on organizations with foreign funding, Edelkopf’s staying permit was revoked in December, according to Interfax. He lost an appeal at the regional court, forcing him to leave Russia by Feb. 11. He has denied any involvement in political issues or crimes.

The Chabad-affiliated Federation of Jewish Communities of Russia condemned the move. Boruch Gorin, a spokesperson for the federation, said it was “far from an isolated incident” during an interview with AFP. He added that at least seven rabbis have been forced to leave Russia in recent years for alleged immigration violations.