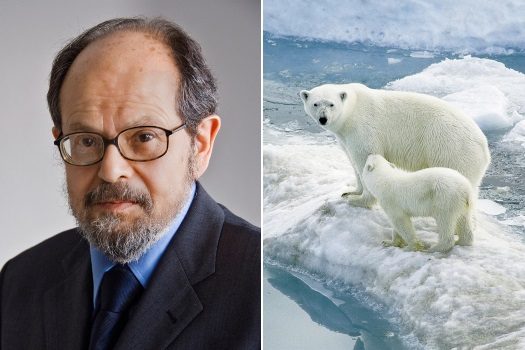 from the Worcester Telegram:

Atmospheric physicist Richard S. Lindzen, the Alfred P. Sloan Professor Emeritus of Meteorology at Massachusetts Institute of Technology and an eminent dissenter from the popular consensus that climate change poses a significant threat to the planet, spoke at a breakfast at the Jewish center at 22 Newton Ave.

While headlines blare “the world is coming to end,” Mr. Lindzen said, that is not happening. A “totally insignificant spike” in temperature of a tenth of a degree last year led to reports that 2016 was the “warmest year on record,” he said. He showed graphs of temperatures over centuries that he said showed fluctuations in temperature are normal.

“The relationship of modest warming to coming catastrophe are blatantly false,” said Mr. Lindzen, who warned against “indoctrinating a generation of young people with foolishness.”

Click here to continue reading at the Worcester Telegram.