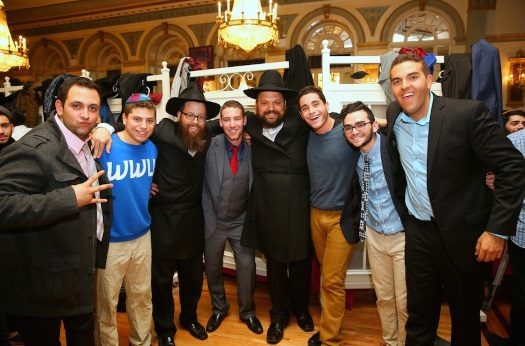 From the JTA by Ben Sales:

Fifteen years ago, most Jewish college students had one game in town: their local Hillel, which offered a pluralistic, broad approach to Jewish programming.

The Hasidic movement known as Chabad-Lubavitch, present on only 30 campuses before 2000, now has a presence on nearly 200 with its brand of Judaism: aiming to be inclusive and tolerant, but unabashedly Orthodox.

The rabbi and rebbetzin (or rabbi’s wife) who lead Chabad on campus take a central role. Like their movement, which under its late rebbe, Menachem Mendel Schneerson, pursued “outreach” to non-Orthodox Jews the way no other Hasidic group had done before, their goal is not strictly to win Hasidic followers.

Now a study led by Mark Rosen, associate professor at Brandeis University’s Hornstein Jewish Professional Leadership Program,  aims to show what Chabad does — and does not do — on campuses across the country.

The survey, drawing from Chabad email lists, garnered responses from 2,400 alumni of 22 campuses. The respondents graduated from college after 2007.

While the campus Chabads provided email addresses, the independent survey was commissioned and funded by the Hertog Foundation, a conservative educational group.

The result? Campus Chabad attendees are mostly non-Orthodox, they didn’t come for the booze and they’re not about to put on black hats.

The six surprising findings are:

2. The more right wing you are politically, the more you go to Chabad.

3. Chabad does not have a drinking problem.

5. Chabad participants are more likely to believe in God and date Jewish.

6. Most people who attended Chabad in college don’t go to Chabad now.