« Weekly Unique Photo of the Rebbe
Laws and Customs: 17 Tammuz and the 3 Weeks » 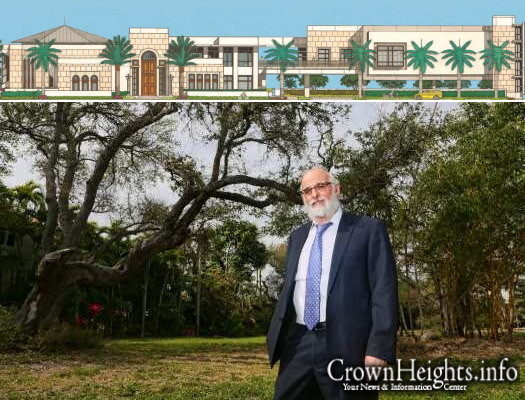 A Federal judge has dismissed the third of three lawsuits filed by neighbors against Chabad of East Boca Raton, FL, which has received permission from the city to begin work on a magnificent new synagogue and community center, under leadership of Rabbi Ruvi New.

Chabad prevailed in the first lawsuit as well, but lost in the second lawsuit in which the judge ruled that the city improperly approved the plans because it did not classify a planned museum on the premises as such.

From the Florida Sun-Sentinel:

Arguments in a lawsuit that alleged the city provided special treatment to the Chabad of East Boca Raton lack merit, a federal judge has ruled.

His decision marks the second victory for the city in lawsuits regarding a Chabad project planned near downtown. Residents prevailed in one lawsuit last month.

Last summer, the City Council approved plans for a $10 million, 18,000-square-foot religious center on a piece of property on the corner of East Palmetto Park Road and Southeast Olive Way.

Click here to continue reading at the Florida Sun-Sentinel.

« Weekly Unique Photo of the Rebbe
Laws and Customs: 17 Tammuz and the 3 Weeks »