« Picture of the Day: Wedding Joy
30 Years Since Chernobyl: How 3,000 Children Were Airlifted Out of Nuclear Disaster » 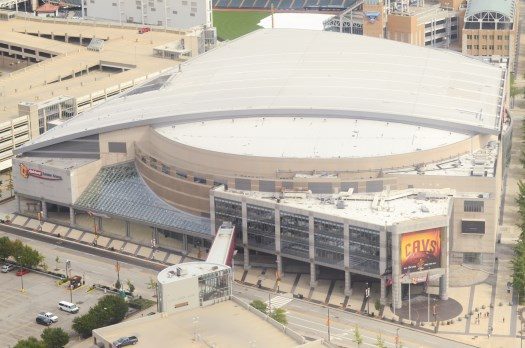 Rabbi Yossi Freedman, co-director of Chabad of Downtown Cleveland, said the Chabad will offer a space downtown for prayers, services and food during the Republican National Convention, which begins next Monday, July 18.

Freedman, who is overseeing the project with his wife, Chaya, the other co-director of Chabad of Downtown Cleveland, emphasized the organization is “apolitical” and is there to serve all Jewish people who take part in the convention regardless of their political affiliation.

“It’s a great opportunity for us, especially since we are very close by the (Cleveland) Convention Center and The Q (Quicken Loans Arena),” he said. “We’re about a block or two away from everything that’s happening.

“It’s also a great opportunity for all the people who are coming in from out of town to be able to have a glimpse of Jewish Cleveland.”

« Picture of the Day: Wedding Joy
30 Years Since Chernobyl: How 3,000 Children Were Airlifted Out of Nuclear Disaster »