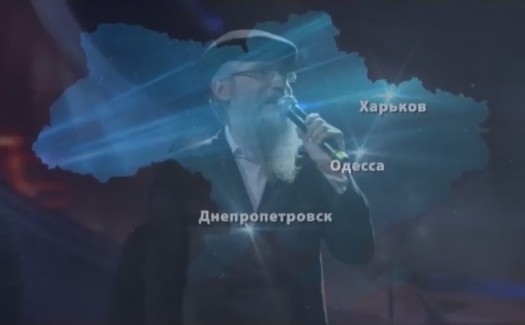 For the first time ever, giant of Jewish music Avraham Fried will be performing in three Hakhel concerts in Ukraine, uniting thousands of Jews all over the country.

Three amazing concerts with Avraham Fried and his band from Israel, conducted by Yuval Stofel, will be unforgettable for the locals.

Songs in Russian and Yiddish, Nigunim and popular Jewish hits will light up the hearts of all, and bring joy and happiness to a country that is in such need for encouragement and something to smile about.

Rabbi Avraham Wolff (Odessa), Rabbi Shmuel Kaminetzky (Dnepropetrovsk) and Rabbi Moshe Moskovitz (Kharkov) are overwhelmed with the excitement of the locals, and are preparing for the crowds that will be coming in for the concerts.

The concerts are being sponsored by Keren Meromim, the local Jewish communities and Keren Levayev, in honor of the Year of Hakhel and to build up Jewish pride throughout Ukraine.