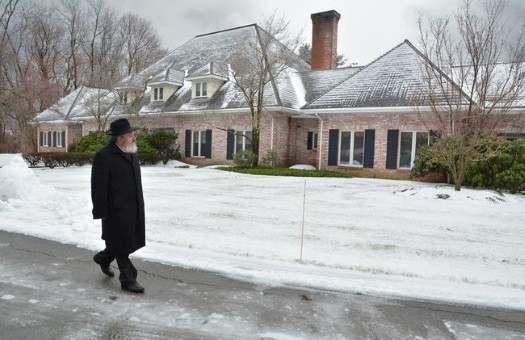 Worcester businessman Barry Krock and his wife, Janet, have donated their $1.5 million mansion to Chabad of Central Massachusetts, directed by Rabbi Mendel Fogelman. The grand home will be converted into a Jewish community center and offices, to be called the “The Krock Family Chabad Center for Jewish Life.”

Rabbi Fogelman said the donation will help the local Jewish community “to further develop and flourish. A gift of this magnitude can open unexplored frontiers of Jewish creativity. It is a tangible show of support from the Krock family, and a compliment to the many years of outreach performed by Chabad.”

The home, built in 1979 on eight acres at the end of a long, gated driveway, has four bedrooms, five bathrooms and two half-bathrooms in 6,872 square feet of living space, according to assessor records at City Hall. The property has a porch, patio, indoor heated pool and four-bay garage. The Krocks officially deeded over the property to Chabad on Campus Worcester Inc., for consideration of less than $100 on Dec. 23, according to the Worcester Registry of Deeds. The assessed value is close to $1.5 million.

Click here to continue reading at The Worcester Telegram.