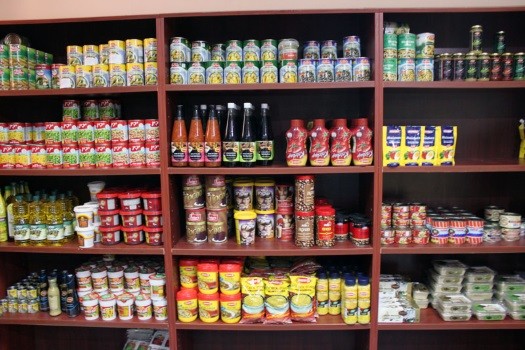 Products line the shelves of a kosher supermarket in Moscow.

There are 200 plants in Russia that produce kosher-certified products, the Federation of the Jewish Communities of Russia told Interfax-Religion last Wednesday. Ten years ago, only three such plants were known to exist.

These companies produce not only food, but also other household goods. The certification is confirmed every year.

Aside from these plants, there are about 20 shops and 11 restaurants in the country working under the auspices of the FJCR Kashrus Department, which is involved in inspecting and certifying kosher products in Russia and neighboring countries.

According to the Federation, about a million of Jews live in Russia, including 500,000 Jews in Moscow and the Moscow Region.