« Picture of the Day: ‘He Merited to See the Lubavitcher Rebbe’
Music Video: Celebrate » 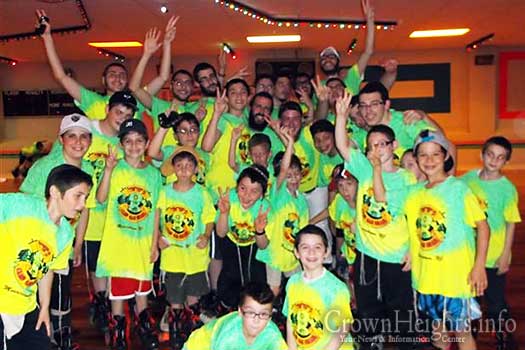 Campers and staff pose for a group photo during a trip in summer 2013. Archive Photo.

After a hiatus last summer, when it closed for the first time in 40 years due to insurmountable budget constraints, Camp Gan Israel (Gan Izzy) of Morristown, NJ, is set to reopen this summer under new leadership.

Gan Israel Day Camp, run by the Rabbinical College of America in Morristown, will return this summer after a (sort of) hiatus last summer.

“Most families sign up after Pesach, and we get a lot of calls after Shavuos,” said Dubov, who spoke with NJJN at the RCA at the end of April. The holiday of Shavuot begins the evening of May 23.

Last summer, the camp officially canceled its summer session on June 10, just 13 days before it was scheduled to open. Leaders cited a lack of funding due to decreasing enrollment and a substantial increase in requests for scholarships.

It was also the first summer after a 21-year run that Rabbi Mendel Solomon and his wife, Chana Devorah, did not serve as camp directors. (They have shifted to running Congregation Ahavat Torah: Chabad at Short Hills full time.)

Ultimately, Dubov ran a very scaled-down version of the camp, limited to members of the Chabad community who had nowhere else to send their children. A total of 90 children attended, compared with the 300-400 the camp usually had enrolled.

This summer, the camp is up and running and registration is again open to the broader community.

« Picture of the Day: ‘He Merited to See the Lubavitcher Rebbe’
Music Video: Celebrate »