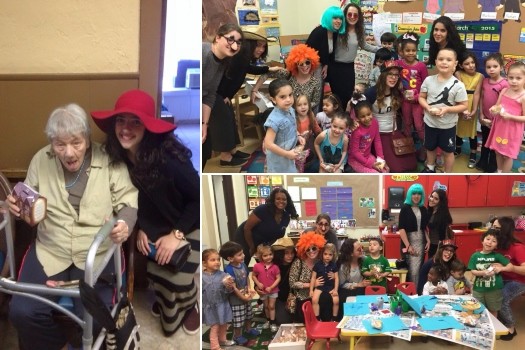 For the 35th consecutive year, Chabad of South Broward, FL, distributed thousands of Purim gift bags to seniors in dozens of nursing homes and retirement homes and to patients of all ages in hospitals.

According to Rabbi Raphael Tennenhaus, Chabads’ Executive Vice President, “this is the second major outreach activity we organized since our founding in 1980. The first was the Annual South Florida Chassidic Chanukah Festival in December 1980, the second was our distribution of Purim gifts to thousands of the less fortunate, in March 1981,to all those who could not  attend Synagogue. The Lubavitcher Rebbe, Rabbi Menachem M Schneerson (1902-1994), encouraged that we bring the joy of Purim to everyone, especially to the infirmed and the homebound.”

Over the years, distribution of Purim gifts by Chabad of South Broward volunteers and staff has also included giving of these gifts to children in various Preschools and Day Schools.

The smiles and cheer that accompany the Shalach Monos gifts, especially to the loneliest of people, is priceless. “We have been told by many social workers and nurses, that for some seniors, the smiles on their faces, when being remembered by our dedicated volunteers, is the first smile they’ve had, since we visited them Purim of the year before,” the Rabbi added.