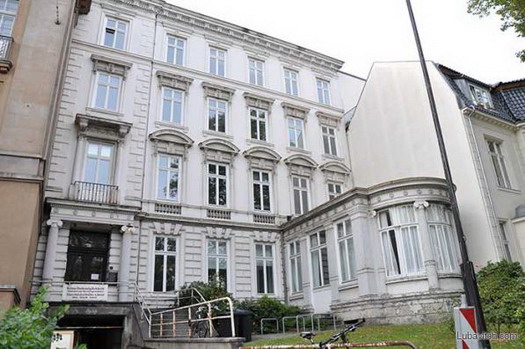 The future location of the Rabbinical Institute of Hamburg.

In some significant way, the opening this month of a kollel, a rabbinical seminary in Hamburg, Germany, harks back to its glory pre-war days when the city was graced by distinguished rabbis. It is yet another of many signs of the recent rise of Jewish life in Germany, much of it due to the Chabad centers—nearly 20 of them—across the country.

“Before WWII there was a thriving Jewish community with a center for Jewish learning where people had the freedom to sit and learn whenever they wished,” says Rabbi Shlomo Bistritzky, the Chabad representative to the city. “We want to give people here the opportunity, once again for full time Jewish study while supporting them and their financial needs.”

Bistritzky, whose grandfather resided in the city before they fled during the Holocaust, heads the local Jewish day school that was shuttered and reopened in 2007. Today the community has all the amenities of a Jewish community that the city’s Jews enjoyed in its pre-war days.

The institute will offer a three-year track for married men who want to receive rabbinical ordination. Bistritzky, who serves as city’s chief rabbi, is still getting the word out to prospective students. This week, several rabbinical figures, including the former chief rabbi of Israel, Rabbi Shlomo Amar, will be delivering classes in person and via video conference.

“Our city was once a very respected center for rabbinical figures whose influence spread across the entire Europe,” David Tsaturov, who is funding the project, told lubavitch.com. “This was a place where hundreds of scholarly volumes on Judaism and Jewish law were written, and it should once again be a central location for Jewish scholarship and study,”

The new center will have daily prayer services and locals will be welcome to walk in and learn with one of the students. As part of their training, the students will serve the spiritual needs of Jews in other parts of the city where there is no synagogue, especially on Shabbat and Jewish holidays.