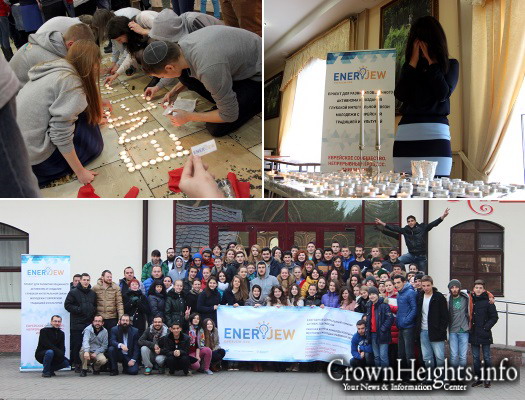 Last week, one hundred and fifty young activists, coordinators, professional mentors and rabbis, from ten cities in four different countries of the former Soviet Union, attended the five-day annual general seminar of the FJC’s new and innovative youth movement – EnerJew, which took place in the outskirts of Minsk, Belarus.

A dedicated staff and a fabulous program awaited the young representatives of the EnerJew’s ten branches in Russia, Ukraine, Belarus and Georgia, who arrived in Minsk to attend the long awaited event that brings together all the leaders and activists of the rapidly growing movement.

During the five days of the seminar, the participants enjoyed fascinating lectures on a long list of Jewish topics, focusing on Jewish identity, belonging and continuity. In addition, special programs were dedicated for acquaintances between the youngsters and to studying professional tools to further improve the ongoing activities and programs.

EnerJew, which is generously supported by the Finger and Leviev foundations and the Jewish Agency for Israel, plans to further expand during 2015 to an additional 10 cities, doubling both its number of branches and youth members.