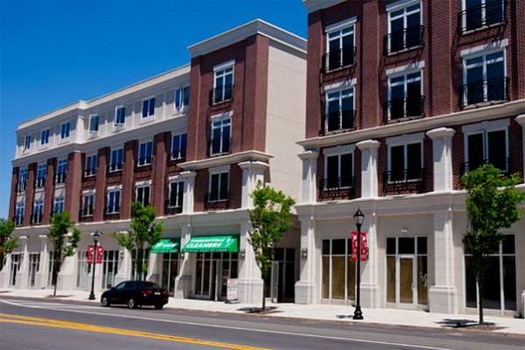 Robbinsville and Hamilton are very different townships. Situated near Trenton, one is residential, the other more of a commercial area. But both had no Jewish infrastructure. This past July Rabbi Yaakov and Chana Chaiton were appointed new Chabad representatives to the area.

Under the direction of Chabad of Greater Mercer County, rabbinical students had visited the townships at frequent intervals in recent years, where established connections with local Jews. The message the students kept hearing over and over was that people felt no sense of Jewish community.

“The young couple is passionate about joining the ranks of Chabad emissaries to reach every Jew in the area,” said Rabbi Dovid Dubov He concedes that they had their sights set on creating a Jewish community somewhere more exotic, but “we convinced them of the need and they are up to the challenge. The couple invested several months of serious and diligent research to evaluate the need of Chabad’s contribution to the area.

With their newborn son, the Chaitons are networking within the community. “With no Jewish infrastructure, many of the local Jews do not know of many others in town. It is by word of mouth that we meet one family at a time, each family introducing us to another,” says the rabbi.

According to the Chaitons, the two townships, which are experiencing a growth spurt with new development, have become fertile ground for community building. “There is great potential, with many young families moving in,” says Dubov. In Greater Mercer County alone there are nine Chabad Centers.

Currently renting space in Hamilton, the couple hopes to move close to the border of the two cities, making the center accessible to all.