« Winn-Dixie Hosts ‘Challahpalooza’
Picture of the Day: Beyond the Call of Duty » 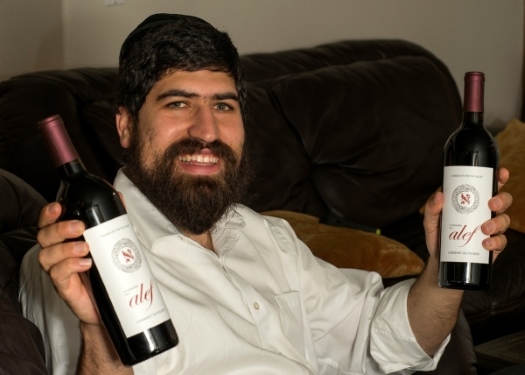 Following fellow California Shliach Rabbi Elchonon Tenenbaum’s foray into the winemaking profession, Rabbi Raleigh Resnick of Chabad of the Tri-Valley is trying his hand at the craft, with the release of a Cabernet Sauvignon named “Alef.”

From The Pleasanton Weekly:

The new wine was introduced at a special evening event hosted by Rabbi Raleigh Resnick, spiritual leader of Chabad of the Tri Valley, an event that also celebrated the 10th year of the Chabad’s Jewish Community Center.

“This process has really brought our local wine culture and the Jewish community together,” said Resnick, who has overseen the process and certified the kosher wine. “It’s been the fusion of heaven and earth. Having a locally grown and produced kosher wine will add so much to the New Year’s dinner table this year.”

Daniel Kozak of Livermore, a member of the Jewish community with wine-making experience, coordinated the production of “Alef”.

“We’re sure people will enjoy its fruity flavors and we’re already looking forward to next year’s production,” he said.

« Winn-Dixie Hosts ‘Challahpalooza’
Picture of the Day: Beyond the Call of Duty »