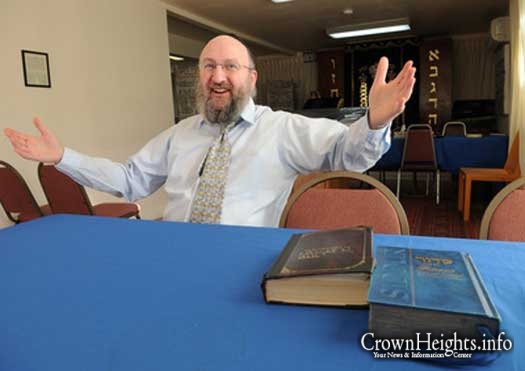 Chabad of Marin to Close Unless it can Raise Funds

San Rafael resident Yisroel Sapan remembers when the first Orthodox synagogue in Marin opened in Lucas Valley 24 years ago, and he worries it will close unless $50,000 is raised to save it.

“Just the thought that we wouldn’t have it makes me heartsick. It’s the focal point of my life,” Sapan said.

The Chabad of Marin, an outreach Jewish organization with its roots in the old country, has been in foreclosure for a couple of years, but the problem escalated this week when Rabbi Yisrael Rice received a new letter from the bank.

“The mortgage company now wants its money,” Rice said. “The loan is not upside down, it’s just a matter of not collecting enough funds to pay for it.”

For 24 years, the synagogue has operated out of a two-story home in a suburban Lucas Valley neighborhood on Idylberry Road. The 1955 farmhouse not only serves as a place of worship, but Rice’s personal home.

Rice said his focus has always been on making connections with others, spreading the word about ways to celebrate Jewish life and making religion fun. His attention has been less focused on fundraising.

With a small community of about 30 to 50 dedicated attendees, Rice said it has been difficult to raise money for the synagogue — especially during the past five years.

“Since the economic downturn, times have been tough,” Rice said.

He said many people have moved away to cheaper places to live, or have moved to cities like Los Angeles that have larger Jewish communities. He said it’s not easy for some people to live active Jewish lifestyles in places that don’t have services such as kosher restaurants.

Vehicles are donated to Rice for his use and he lives a modest lifestyle on the Chabad’s second floor, Berger said. He said Rice is a self-sacrificing man who is always available to give advice or counseling.

“He’s not living high on the hog by any means,” Berger said.

Jews from all walks of life attend Shavuot dinners, bar mitzvah classes, adult Kabbalah classes, prayer groups and weekly services and study sessions at the synagogue. Sapan said the major focal point each week is the Sabbath, which is Friday night and Saturday. On Saturday, the synagogue holds a communal lunch with everyone who attends services.

As one of the founding members of the synagogue, Sapan said the movement to start the Chabad in Marin County started in the early 1980s.

“We had a group of people that used to go to Berkeley for holiday services,” Sapan said, adding that it eventually became daunting and expensive.

He said Marin’s Chabad started out of a rented home in Lucas Valley in June 1984 and continued to grow until the current site was purchased in 1988.

Rice helped expand the synagogue’s influence by creating two new Chabads in Novato and Mill Valley. Each has its own rabbi.

If the Lucas Valley site closes, Berger said it’s not feasible for nearby Orthodox Jews to attend the other Chabads.

“We have to walk. We don’t drive on the Sabbath,” Berger said. “We’d have to brainstorm for alternatives.”

He said it may come down to holding services in somebody’s home, but Rice would still be out of a place to live.

Not having a place for Rice and a place to worship bothers the dedicated Chabad attendees.

“Not having a place to pray is a tremendous loss,” Sapan said.

The synagogue will move if it comes down to it, but Rice said he’s not ready to throw in the towel just yet. He said he’s in negotiations with the bank to get more time.

“We’ll have to figure something out,” Rice said. “We’ll do what we have to do.”

Over the years, many people have entered the halls of the whitewashed synagogue. Rice is hoping those people will step up to help save it.

“I remain optimistic that the people will be touched and come forward,” Rice said.

• Tax-deductible donations can be sent to the Chabad of Marin, 1150 Idylberry Road, San Rafael 94903.