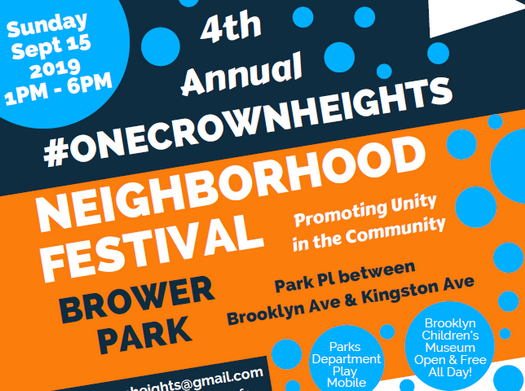 New to this year’s festival is “Community Conversation: Neighbor to Neighbor – Can We Talk,” which provides an open forum for local residents to be heard and to hear the views and stories of their neighbors. Three sessions are open at 2:15 p.m., 3:15 p.m. and 4:15 p.m., covering such topics as hate crimes, gun violence and youth bullying.

This project is sponsored by the American Jewish Committee.

Brooklyn Children’s Museum will be open and free for all visitors throughout the day. Errol Louis, political anchor of NY1’s Inside City Hall, will emcee the afternoon’s activities.